Lakkotrypis gives assurances over no deal Brexit impact on exports 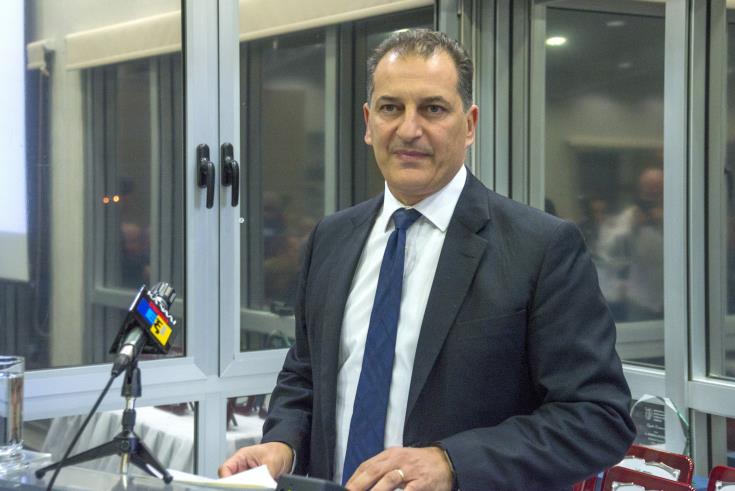 Cyprus’ main exports to the UK will not be negatively impacted by a no-deal Brexit, Commerce Minister Yiorgos Lakkotrypis told the House Commerce Committee on Tuesday.

He said that assurances have been given that no tariffs will be imposed on exports such as halloumi, potatoes and fruit. What will be affected is the re-export of vehicles.

As regards services, in the event of the UK leaving the European Union without an agreement, then World Trade Organisation rules will apply.

As regards tourism, British visitors will be given visa-free travel for 90 days while assurances have been given that air connectivity between Cyprus and the UK will continue as normal.

On trade, Cyprus cannot enter into agreements with the UK unilaterally as trade this is the responsibility of the European Committee.

Should the withdrawal agreement be adopted, the current regime will remain unchanged for two years until the EU and the UK agree on their future relationship.

Other possible scenarios are for a commercial agreement between the EU and the UK similar to that between the bloc with Canada, while a more distant possibility was a Norway style agreement. The possibility of a hard deal Brexit still remained, he told MPs.

Committee chairman Andreas Kyprianou of Disy said that the minister had assured that cabinet has taken steps to ensure that any outcome is manageable. He noted that what will ultimately apply will be the decisions of the EU.

Akel MP Costas Costa said his party has for months be urging the government to take measures to protect Cyprus from the negative effects of a no-deal Brexit. He said he had told the minister that the government’s delay would have a negative impact on the economy. And he expressed the hope that the government will not show the same criminal indifference as it had with the halloumi trademark which Cyprus recently lost in the UK.

Edek MP Elias Myrianthous said he had asked the ministry to submit any bills relating to Brexit, whether with or without an agreement, so as to prevent a repeat of last Friday’s plenary when a bill governing the rights of UK residents was postponed.