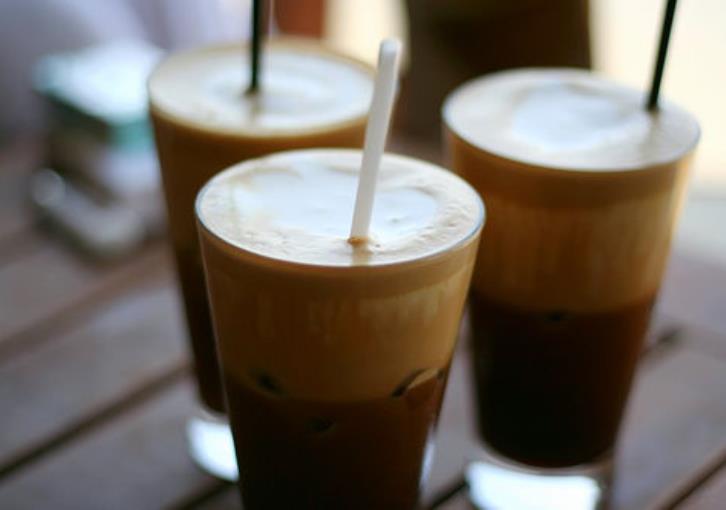 The school board of Lakatamia has issued a letter in which it informs teachers that they are prohibited from making their own coffees at school.

Justifying its decision, the school board said that the devices the teachers use for making coffee are dangerous.

“It has been noticed that various electric devices are used by the teaching staff for the preparation of beverages. These devices have been installed without approval and entail safety risks.”

The letter, which is signed by school board president Petros Koulermos, urges teachers to “make arrangements for the immediate removal of the devices, otherwise the school board will take other measures.”

The letter concludes by saying “the preparation of beverages in the workplace is not allowed.” The only way teachers can enjoy their coffees is by purchasing them from the school’s canteen or bring their own from home, it adds.

The letter has enraged teachers which say that the school board has no jurisdiction to make this decision, as they are not school board employees.

Philenews contacted Koulermos who said that he does not want to comment on the issue as the relations between the school board and schools of the Lakatamia region have been perfect.

However, he said that the school board has received numerous complaints from canteen operators who say that the teachers buy their coffees from everywhere, but school canteens.

Concluding, Koulermos said that he will consider withdrawing the letter and called on the teachers to discuss the matter with the school board. 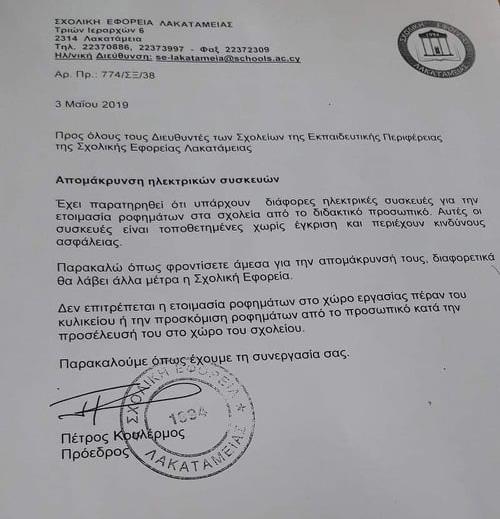