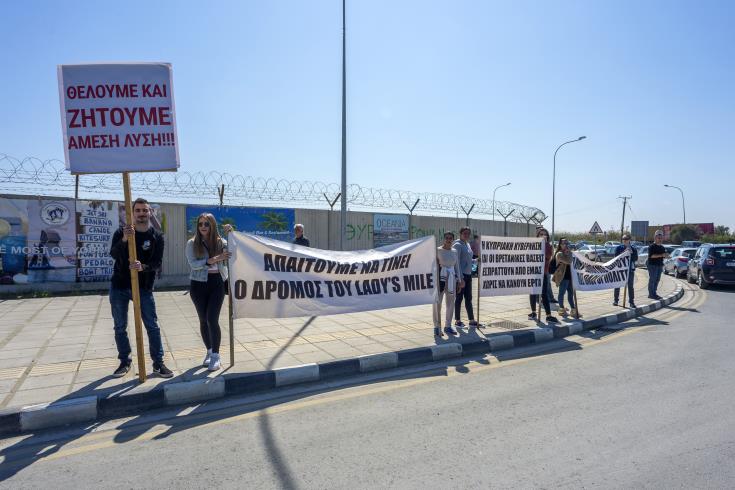 Owners of restaurants at Limassol’s Lady’s Mile beach staged a protest on Tuesday before putting their demand for repairs to the road to Limassol Mayor Nicos Nicolaides.

They gathered at the roundabout leading to Lady’s Mile holding banners reading ” We demand a road to Lady’s Mile”, “We want and ask for an immediate solution” and “The Cyprus government and British Bases collect from us without carrying out any projects.”

Speaking on behalf of the group, Filios Demetriades said that despite promises given many years back nothing has been done to facilitate access to the beach for swimmers and those working there. The current situation is not safe, he added.

She said that a master plan had been presented to the two communities two years ago, but nothing has been done since.

The communities will be writing to the government asking to be informed on where things stood.

A Limassol Municipality announcement said that the mayor had informed them that upgrading Lady’s Mile was a priority since it was possibly the best beach in the eastern Mediterranean.

He added that the issue would be discussed soon with all stakeholders.

By In Cyprus
Previous articleTwo large pine trees felled without permission in Strovolos, Greens say (pictures)
Next articleCyprus Flora: A tribute to spring