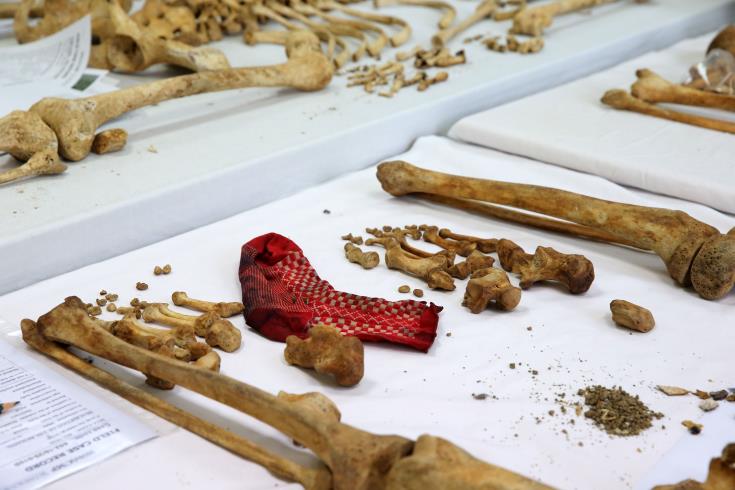 The identification process of remains, believed to belong to some 50 missing persons from Cyprus, is facing difficulties as there are no matching DNA samples from close relatives to compare them with.

Collecting DNA samples from deceased relatives might solve the problem, however the Cabinet has not authorized the necessary budget yet.

As CNA has learnt, most of the remains belong probably to Greek-Cypriot missing persons located in various areas in the northern Turkish-occupied part of Cyprus. Some of these cases, however, may not fall within the mandate of the Committee on Missing Persons (CMP).

For the time being, remains are kept at the CMP anthropological laboratory, with some cases dating back to 2005.

Last year, the CMP proceeded to review all cases that could not be identified and even asked for samples from not so close relatives of missing persons, in a bid to overcome the deadlock.

Once the budget is approved by the Cabinet, samples will be taken from cemeteries throughout Cyprus. CMP estimates that the process will take about two months to complete, before sending samples to the genetics laboratory.