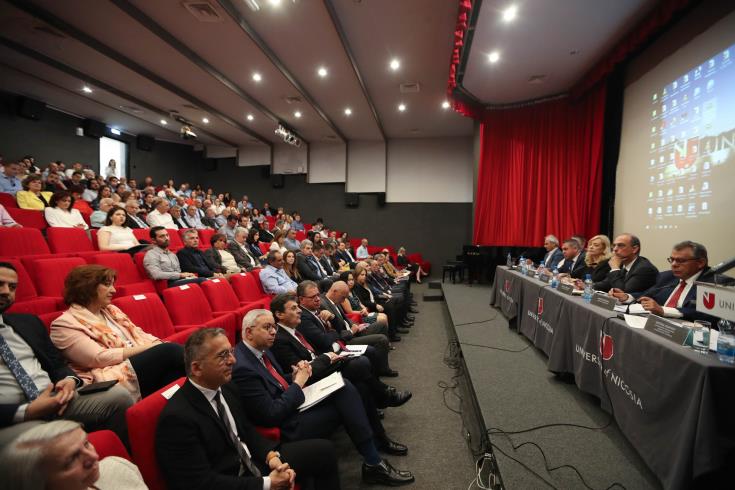 The future of the labour market, particularly the introduction of digital and robotic technology in the economy which is set to establish a new network of industrial relations, was the focus of a seminar organised yesterday by the Ministry of Labour, Welfare and Social Insurance in cooperation with the law faculty of the University of Nicosia. The seminar  in Nicosia marked the 100th anniversary of the establishment of the International Labour Organization (ILO).

In her address, Labour Minister Zeta Emilianidou said the labour market’s future and everyone’s right to work “is a very important human right that should concern us all.”  She also said that what is the state of play of the labour maker today won’t be the same tomorrow.  She then referred to a report drafted by ILO on the future of labour which also includes three imminent challenges considering that over 50% of current jobs will not be the same. Emilianidou sent the message that it is more important to prepare the country for tomorrow’s labour market than to just focus on today.

Guy Ryder who is Director-General of ILO said the organisation’s three main goals is investment in people and their capacities; investment in the institutions of work; and investment in decent and sustainable work.  He also said that countless opportunities lie ahead to improve the quality of working lives, expand choice, close the gender gap and  reverse the damages wreaked by global inequality. But, he warned, none of this will happen by itself and without decisive action.

Ryder also referred to excellent, as he stressed, cooperation between the ILO and Cyprus. This, he added, was reinforced in 2013 when the island experienced economic hardship and social dialogue, employment of young people and reform of the social security system was urgent. Ryder also welcomed Cyprus’ introduction of a minimum national wage and said he looks forward to his meeting with President Nicos Anastasiades in Geneva next month.