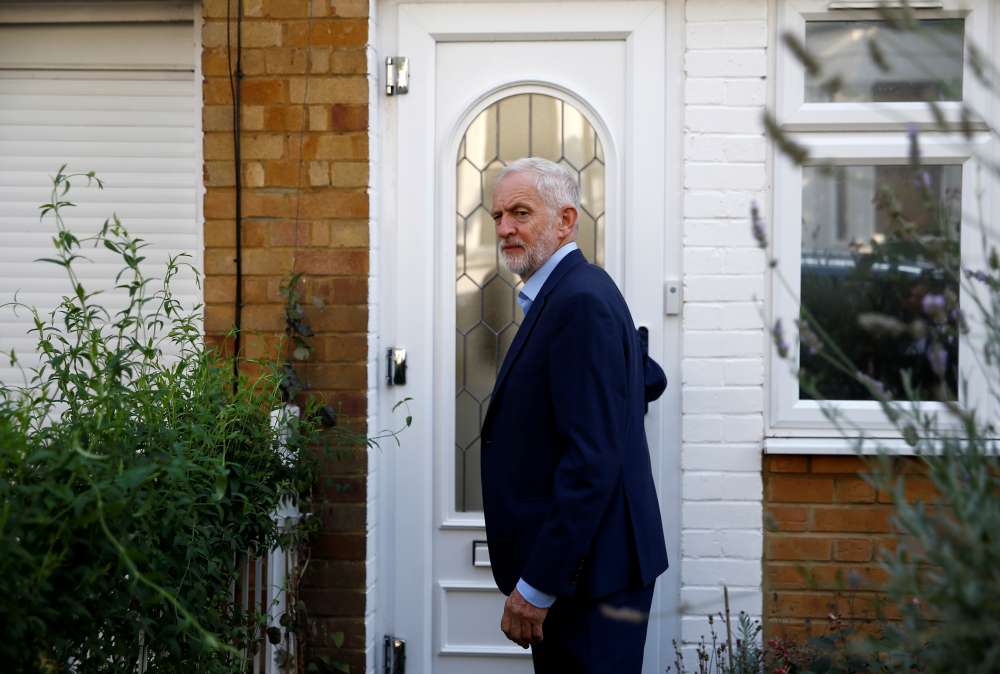 Outgoing Labour Party leader Jeremy Corbyn has weighed in on the Ayia Napa rape case controversy, retweeting an article by the shadow attorney general in The Independent newspaper taking issue with the handling of rape cases by the Cyprus justice system, but also that of the UK.

“We can’t trust this government to protect the human rights of rape victims at home or abroad,” Corbyn wrote on top of a link to an article entitled “The Cyprus justice system’s issues with rape complaints are a disgrace – but  the UK isn’t any better.”

We can't trust this government to protect the human rights of rape victims at home or abroad.https://t.co/6QRj0m6ydN

The article was written by Shami Chakrabarti, the shadow attorney general, a human rights lawyer and campaigner.

Referring to the teen’s interview in the Sun where she said 12 Israelis had ‘raped her like a pack of wolves’  Chakrabati said the young British woman’s ordeal in Cyprus are fuelling a scandal that will rage for some time.

“It is not to prejudge her forthcoming appeal, nor any future trial of the young men who she says raped her, to ask serious questions about how seriously British and Cypriot authorities take rape complaints,” she adds.

Recounting in graphic terms the story of the woman’s initial complaint of rape, her retraction and her conviction for public mischief, she adds: “This is what we know. But what about all the unanswered questions from two governments that for now at least, remain signatories to the European Convention on Human Rights (ECHR)?

“It is worth remembering that unlike traditional English common law and that of other more antiquated systems, Human Rights Law affords positive protections to complainants and victims as well as defendants and prisoners. And few crimes are regarded as seriously as rape. Without the ECHR, some countries would not have enacted comprehensive legal protection for vulnerable rape victims. England would still allow rape with impunity within marriage, as well as the cross-examination of complainants by their assailants for days on end at the Old Bailey.

“Did the Cypriot police contact the British High Commission before the young woman was questioned or pressured about her complaint for eight hours? Was she offered any consular support? If the answer is no to either of these questions, why not? How much advice and support are Britons in serious trouble abroad able to expect from our government under Boris Johnson?

“And before we fill up too fast with righteous indignation of a nationalistic kind, how confident are we all feeling about the plight of rape complainants closer to home?

“In the UK, we are used to reading about disgraceful prosecution and conviction rates that many describe as effective “decriminalisation”. This is something we shout more about when it happens elsewhere in the world. We have heard about the “digital strip-searching” of complainants in the police station with no identifiable legal basis – their phones taken from them so that their communications information might be trawled while their alleged assailants rightly enjoy legal protections from unjust or disproportionate “fishing expeditions” by police and prosecutors. ”

The 19 year old British woman convicted of lying about being gang raped in Ayia Napa has appealed her conviction and suspended jail sentence and is back in the UK. She has vowed to clear her name.

By In Cyprus
Previous articleFears that litter, waste from livestock farming are poisoning Larnaca salt lake (photos)
Next article2nd driver arrested for drunk driving, 3rd for driving under influence of drugs