Labour integration for refugees in Cyprus beneficial for society and economy 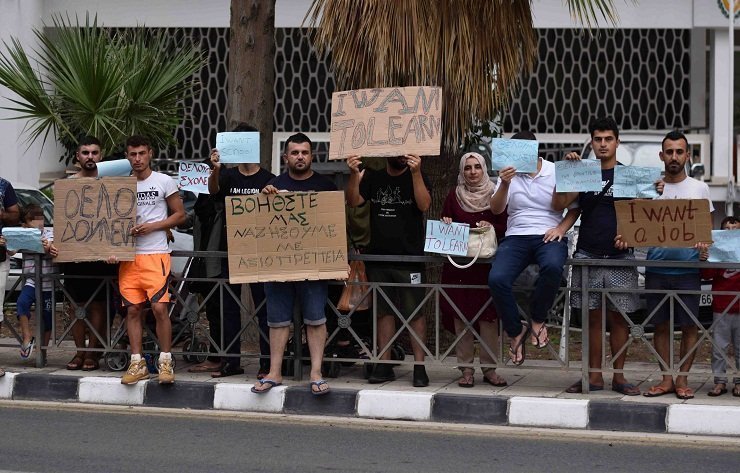 Labour integration for refugees in Cyprus is extremely beneficial with enormous advantages for them, their families, the society and the economy of the island, an event in Nicosia on Tuesday heard.

The event was organised by the United Nations High Commission for the Refugees in Cyprus (UNHCR) and the Cyprus Refugee Council (CyRC) on the occasion of World Refugee Day on June 20.

During the event the organisers briefed the participants on HelpRefugeesWork, a free online service initiated by the UNCHR in Cyprus in collaboration with the CyRC.

The platform is designed to help companies to quickly connect with a large network of job-seeking refugees and the services are free of charge. A hundred and more companies and 400 and more candidates with refugee background have already registered. The shortlisted applications are 130 or more.

During the briefing it was mentioned that the companies can advertise as many job or internship vacancies as they wish, for free, can reach out to an expanding pool of candidates and provide an opportunity to persons under International Protection to join their team and get personalised support from Cyprus Refugee Council in order to identify the most suitable candidates for the vacancies.

The candidates can also get support and assistance by the CyRC in order to upload their CV’s.

During the presentation, Katja Saha, UNHCR Cyprus Representative, Korina Drousiotou and Manos Mathioudakis of the CyRC pointed out that refugees constitute a growing segment of the local workforce in Europe and in Cyprus and integrating them in the labour market is a win-win situation for all.

As it was explained, businesses can cover their staffing needs, persons are able to develop and contribute in the economy, local societies become more inclusive and tolerant and candidates learn the language faster.

It was also pointed out that Europe’s population is ageing and the refugees, which are a growing part, could offer solutions in many sectors of the market, thus helping their social and labour integration in a much faster and productive way.

Persons under International protection can be Recognised Refugees or Subsidiary Protection holders. Their legal status is different from Asylum Seekers, whose access to work is regulated by the Labour Department and is subjected to restrictions.

The percentage of refugees with a high school leaving certificate is estimated at 40%, while 25% has post-graduate education, including postgraduate and doctoral studies. It is estimated, however, that at least 60% of people with higher education are employed in jobs that do not correspond to their qualifications.

Among the total number of job placements in 2018, refugees correspond to less than 1%. Among the refugees that work, it is estimated that approximately half of them are engaged in part-time/ occasional employment, compared to an estimated 15% among the whole working population.

By In Cyprus
Previous articleFactory that used toxic substance ordered to pay compensation for cancer victims
Next articleStorms and chance of hail on Tuesday afternoon, Wednesday