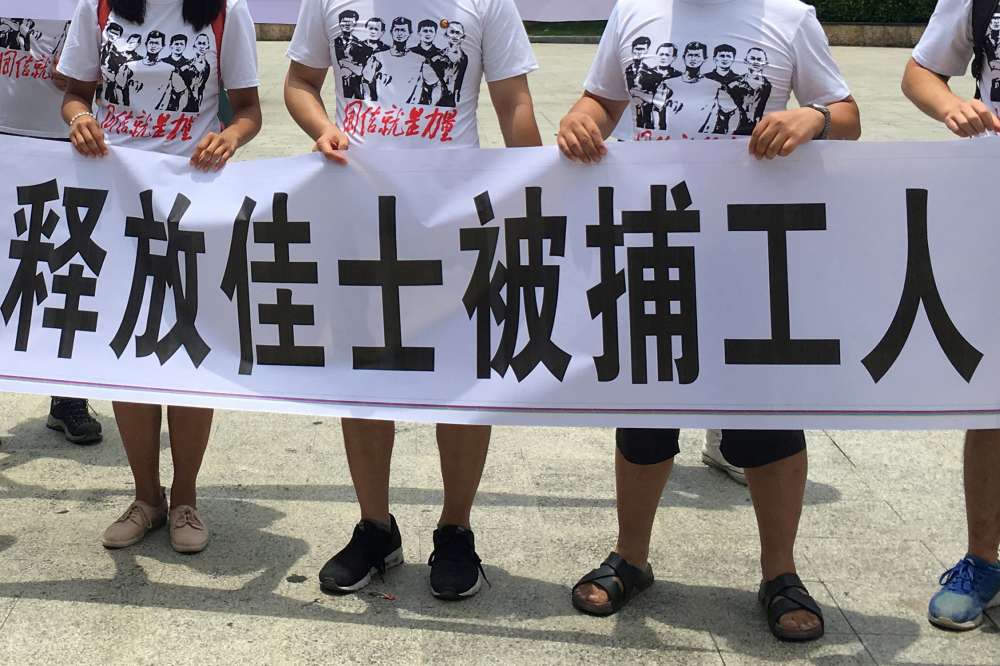 At least 12 Chinese labour activists have gone missing in recent days, in what sources close to them believe was a coordinated effort by authorities to silence the vocal group, most of them university students or recent graduates.

Authorities took away at least nine activists in Beijing, Shanghai, Guangzhou and Shenzhen late on Friday, and three more activists were taken away on Sunday in the city of Wuhan, the sources said.

The Ministry of Public Security, which oversees police forces across the country, did not respond to a faxed request for comment.

The detentions appear to be the latest action by the authorities against a small but growing movement driven by students and graduates of some top universities who have said they are motivated by the principles of Marxism.

The ruling Communist Party, which espouses Marxism as one of its leading ideologies, opposes any form of activism or organisation that has the potential to slip beyond its control.

At least five graduates of Peking University, one of the country’s top universities, were among those picked up on Friday, student activists said.

Last month, Cornell University in the United States ceased cooperation in two exchange programmes with Renmin University, another prominent institution in Beijing, after students there were punished for supporting labour rights.

The young activists attracted attention from authorities in August when about 50 students from across China converged in the south to support factory workers at Jasic International, a welding machinery firm, seeking to form a union.

Later that month, police in riot gear stormed an apartment in the city of Huizhou where the students were staying, detaining some of them.

“I think the authorities have decided now is the right time to settle the score,” one student activist at a university in Beijing said.

“The authorities want to shut down the Jasic Workers Support Group in one fell swoop. Why else would they suddenly conduct raids of such a large scale and arrest so many people at once?” the student added, speaking on condition of anonymity.

On Friday, unidentified men grabbed Zhang Shengye, a recent Peking University graduate, on the university’s campus at around 10:30 p.m. and bundled him into a car, according to a witness and screenshots of posts, apparently written by students, on the university’s internal messaging board. The posts were later deleted.

A video circulated on social media by a Peking University student who said he was at the scene and who described what happened to Zhang.

“I heard one of them yell ‘that’s him, shove him into the car’, and then I saw three to five people grab a student and bundle him into a car,” the student says in the video.

He said he and other students who were nearby were pushed to the ground and prevented from leaving until they deleted any photos or videos of the scene.

Reuters could not independently verify the authenticity of the video, which showed no pictures of Zhang’s suspected detention.

A Peking University spokesman confirmed that someone had been detained but said the incident did not involve teachers or students.

Zhang had been in southern China in August to protest against the treatment of the Jasic factory workers and had been involved in a wide range of social issues on campus.

“We aren’t solely focused on one particular issue. We’re interested in improving society in all kinds of ways, whether it is improving the lives of factory workers, fighting for gender equality or advocating for environmental sustainability,” Zhang told Reuters on Aug. 23 in a crowded apartment in a village that primarily houses migrant workers in Huizhou.

France is preparing for a possible easing of measures aimed at curbing the COVID-19 pandemic from mid-April as it banks on an acceleration of...
Read more
Local