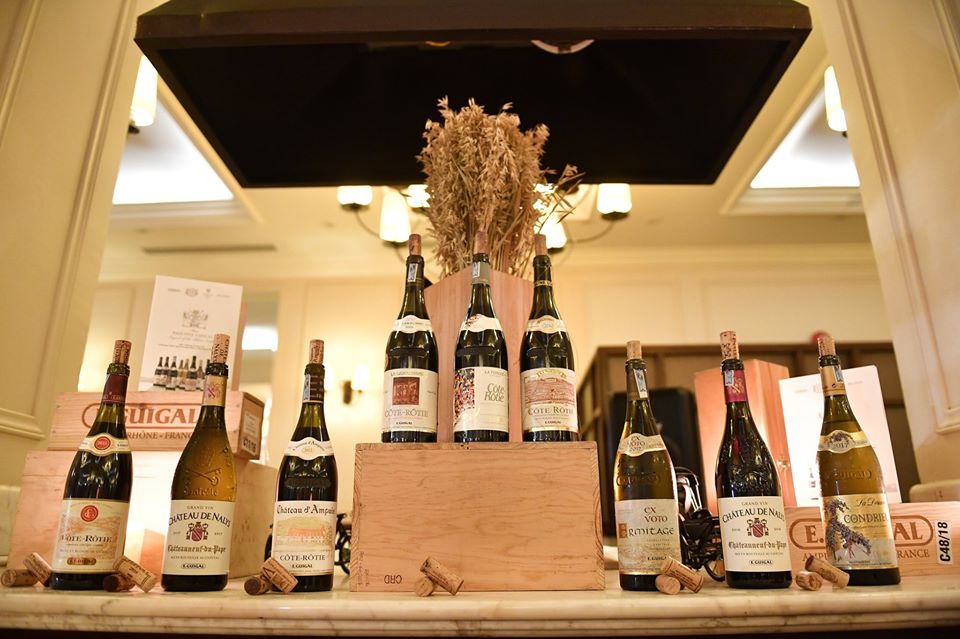 La Maison du Vin was founded 20 years ago in Limassol by Victor Papadopoulos, Cypriot born in Congo. Living many years in France has obtained the passion and the love for wines.

Realising before 20 years the missing from Cyprus quality imported wines, he assured the agencies of more then 45 top wine producers and he opened the first shop “La Maison du Vin” in Limassol & soon a new Wine Boutique in Nicosia.

The new “La Maison du Vin” is a super modern cellar well designed and conditioned for the proper storage and supply of the wines. 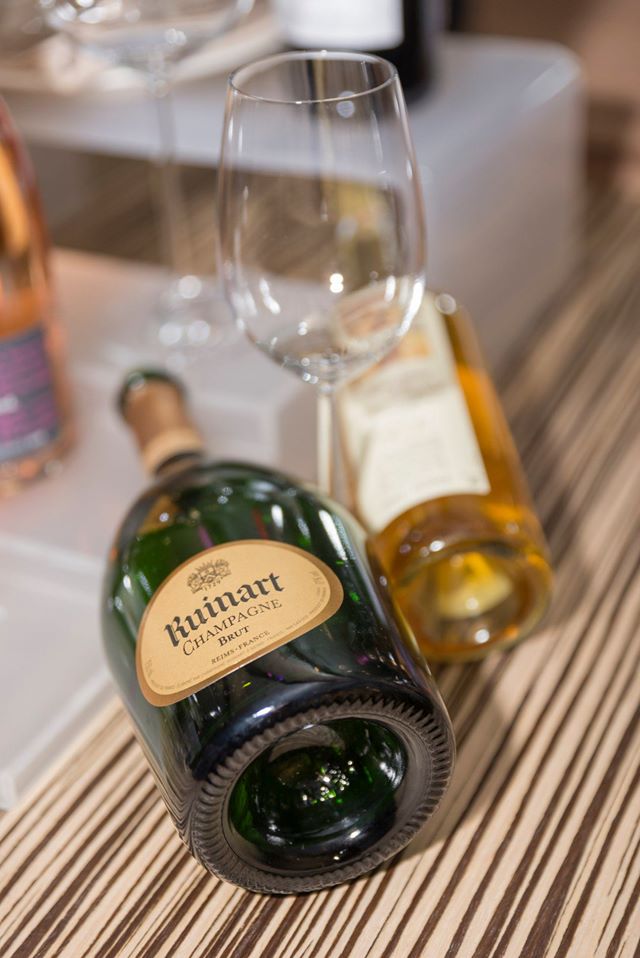 La Maison du Vin is exclusive agent in Cyprus of the following producers:

E. Guigal from France, who is considered, by almost all the wines critics, as the best wine maker in the world. The year 2002, his wine Châteauneuf du Pape has been classified top wine in the world by the Wine Spectator magazine. The Decanter magazine elected Guigal as Man of the year 2006. The columnist of the Financial Times Jancis Robinson, in her BBC Wine Course, says about Guigal “simply, the best wine maker on the planet”. And Robert Parker said, “how does this planet’s greatest wine maker continues to turn out perfect wines year after year?”. Wines of Guigal have received 33 times the high score 100 of 100 by Parker, number which no other wine in the world has approached.

Other agencies from France are: Vidal-Fleury, Maison Louis Jadot with his great Montrachets and Chambertins, Albert Bichot with excellent Chablis, Bichot, winner in 2004 of the Trophy of Pinot Noir, Domaine Schoffit from Alsace, Henri Bourgeois from Loire, Château les Valentines from Provence, Calvados Christian Drouin from Normandie, Château de Laubade from Armagnac, Leopold Gourmel from Cognac, Henri Mandois from Champagne and a great selection of Petits & Grands Châteaux of Bordeaux.

From Italy, the Baron of Barbaresco Angelo Gaja, best overall Italian producer according to the Wine Spectator magazine, and Man of the year for 1998 by the Decanter magazine. The only Italian producer with 4 stars in the Italian Bible of Wine, Cambero Rosso.

Casanova di Neri who’s the Brunello di Montalcino has been elected No.1 in the world for the year 2006 by the Wine Spectator, represents Tuscany with Barone Ricasoli the inventor of the Chianti Classico, Poliziano with his aristocratic wines Vino Nobile Montepulciano, Castello di Gabbiano.

Also from Italy from Veneto Zenato and Zardeto, from Sicily Planeta, from Umbria Lungarotti.

From Greece, the Alpha Estate who is considered today as the top Greek producer, the Wine Art Estate from Drama, Parparousis from Nemea and from Santorini the outstanding producer Hadjidakis.

From Spain: the famous Marqués de Murrieta from Rioja and Valduero from Ribera del Duero.

From Germany: the excellent producers Von Kesselstat and Johannishof.

From Australia: the greatest name, Penfolds with their big range of wines, among them, the best wine of Australia Grange, and Wolf Blass, wines with good value for money.

From Napa Valley in California the Beringer with their many times award wines.

From Argentina Bodega Norton, from South Africa Beyerskloof, an excellent producer and from Chile, Casa Lapostolle an outstanding producer according to Robert Parker.

From Austria: the great Producer Brundlmayer

The Pride of La Maison du Vin is the Champagne Ruinart, the oldest Champagne House, founded in 1729, champagne known essentially to connoisseurs. Historical documents review that Ruinart was Queen Maria Antoinette’s and Empress Josephina’s wife of Napoleon, favourite Champagne. But Josephina after their divorce with Napoleon, she refused to honour her debts to Ruinart, and until today, the company’s accounting books have Josephina’s balance unpaid. Ruinart is available in Cyprus (as all the other wines of La Maison du Vin) only in the shops of La Maison du Vin and in the best Restaurants and Hotels as the Prestigious “Four Seasons”, “Le Meridien” where Ruinart , is their House Champagne.

Victor Papadopoulos has been honoured by France in 2004 as Officier de l’ Ordre du Mérite Agricole. In 2009 by Italy with the title of the Cavaliere Dell’Ordine al Merito Della Repuplica Italiana and this year, again by France with the Chevalier du Mérite National.

He is the President for Cyprus of the oldest Gastronomique Union in the world, founded by the King of France Louis le Saint in 1248 “La Confrérie de la Chaîne de Rôtisseurs”

By In Cyprus
Previous articleTrombone and Piano Concert
Next articlePhiale Wines