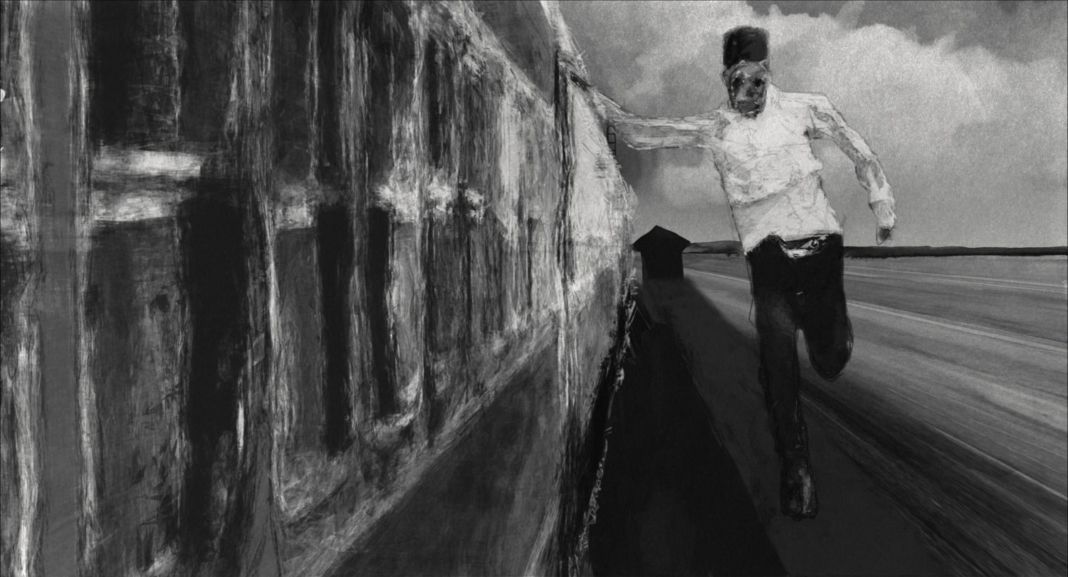 After Short Export, the Goethe Institute Cyprus presents Kurzfilmtour – Der Deutsche Kurzfilmpreis. Im Kino., a different selection of short films that have been nominated or awarded the German Short Film Award, the most important and highly endowed award for short films in Germany, which has been awarded to outstanding short film productions since 1956.

You can enjoy the programme from the comfort of your own home or at Goethe’s newly renovated events hall in Nicosia, in a relaxed atmosphere of café and cinema, in a well-ventilated space in keeping with safety distancing.

The programme comprises the following films:

A young man (co-director Miguel Ferráez) recites sentences from the integration course “Living in Germany” while standing in front of changing backgrounds of German representation abroad.

Are You Listening, Mother?
Tuna Kaptan
Germany 2019 • fiction • Kurdish, Turkish • 20 mins.
Nomination in the category for fiction films up to 30 minutes

A Kurdish woman is sentenced to six years house arrest in a Turkish village. However, her elder son cannot stop her from constantly crossing the invisible boundary of the shackles.

Victor Orozco Ramirez animates disturbing and insane scenes from the Internet with ghostly, surreal images. A voice-over tells of the promises of the virtual parallel world and the sobering realization that not everything can be undone with CTRL+Z.

The end of the world is imminent and instead of going to the supposedly safe bunker, a small, illustrious company arrives on a bench in front of a house to clear the air.

In a remote Siberian village where marriage is traditionally considered the highest happiness for women, lives 80-year-old Dorotchka. She is an archetypal babushka, always left alone. Sitting at the kitchen table, she reflects sharply and self-critically on love, remorse and loneliness.

By Josephine Koumettou
Previous articleBritain’s Pret A Manger to close 30 UK shops, could cut over 1,000 jobs
Next articleMinistry eases rules on number of swimmers in pools