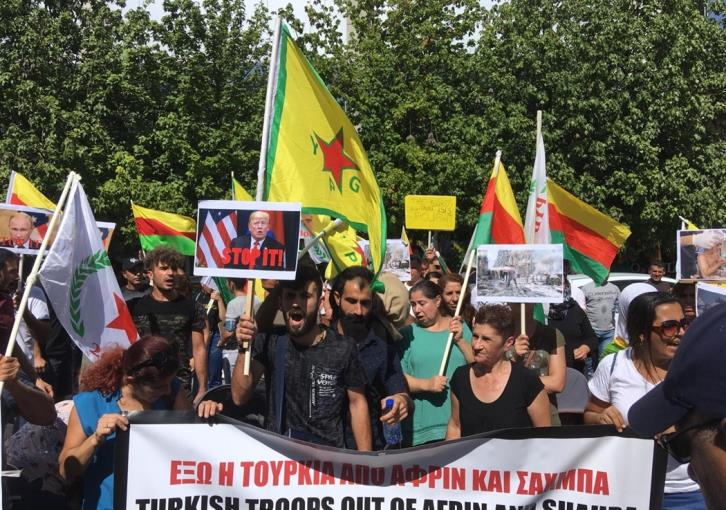 Kurds living in Cyprus are protesting in Nicosia against Turkey’s invasion into northern Syria and Ankara’s assault on Kurdish positions by air and by land.

Carrying banners which read “Do not become an accessory to the genocide of the Kurds” and “Erdogan Dictatorship”  they gathered outside the Interior Ministry on Thursday morning and marched to the US embassy where they handed in a petition.

They then marched to the Russian embassy.

The Kurds had yesterday called on all democratic organisations and all friends of the Kurdish people to organise protests condemning Turkey’s aggression. 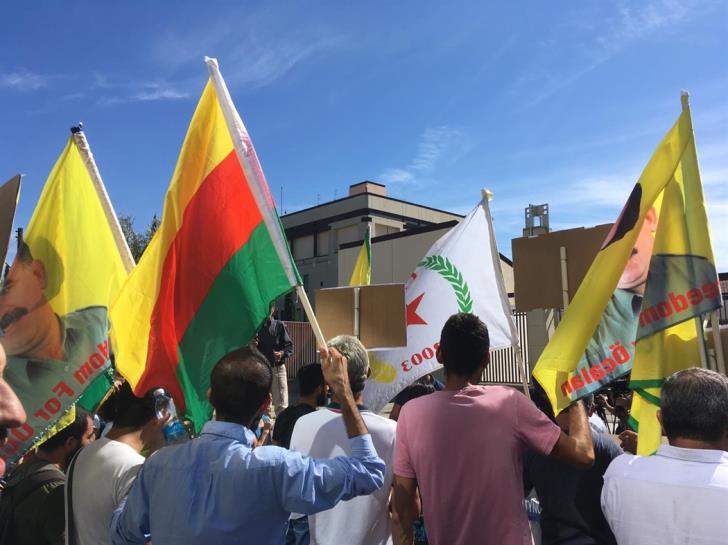 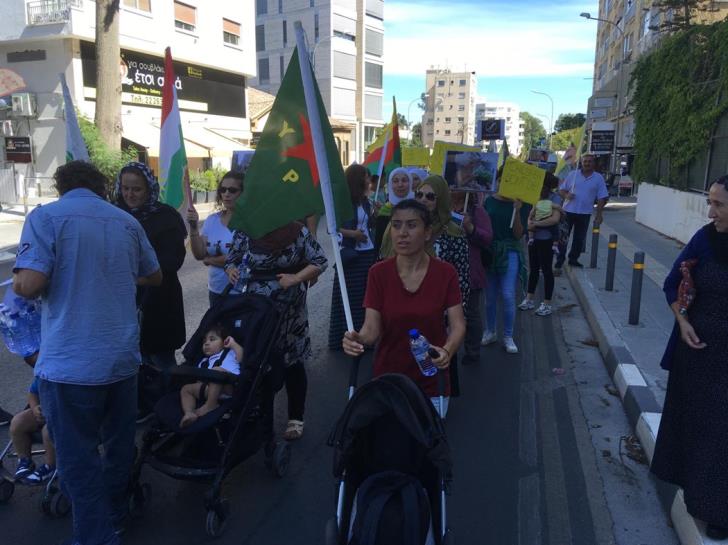 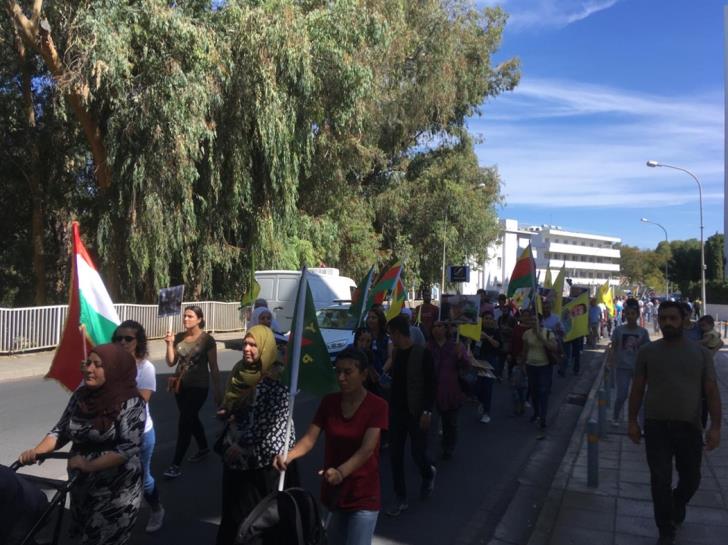 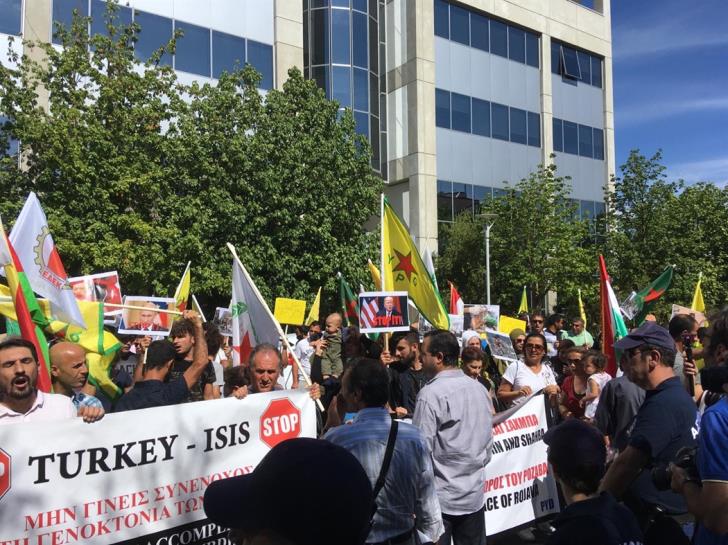