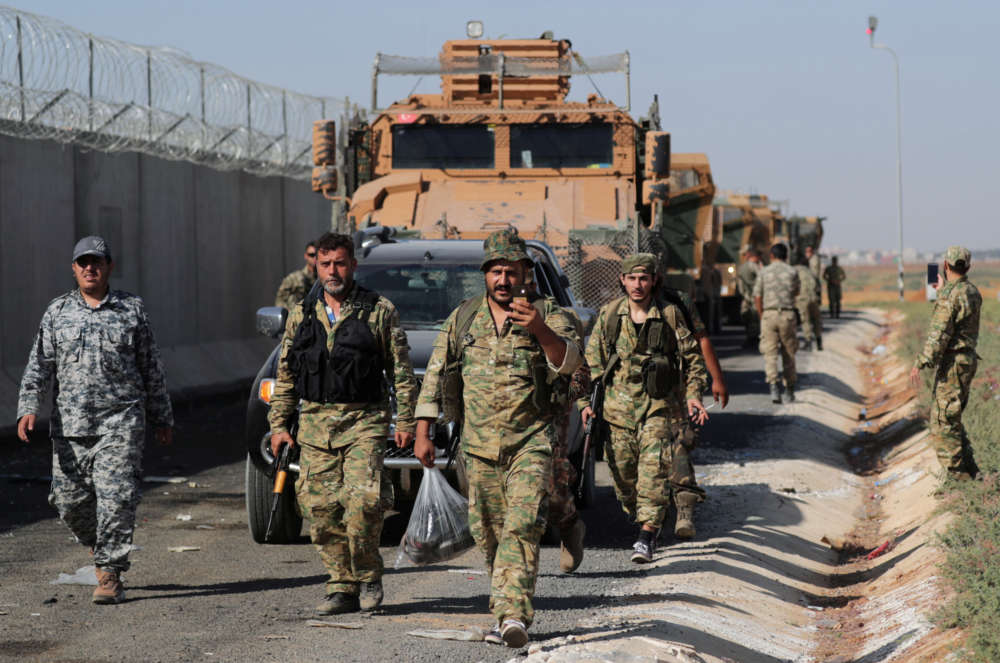 Kurdish-led Syrian Democratic Forces (SDF) denied that Turkish-backed forces had taken control of the centre of Ras al Ain on Saturday after a senior Turkish security official said the town centre had been seized.

Marvan Qamishlo, an SDF military media official, said Turkish-backed forces had entered one neighbourhood of Ras al Ain, the industrial district, following hours of heavy Turkish shelling that had forced a “tactical retreat” from that area.

“Now the SDF’s attack has started and there are very fierce clashes now,” he told Reuters. “The clashes are continuing in the industrial district,” he said, saying this was the part of Ras al Ain closest to the Turkish border.

The civilian death toll resulting from Turkey’s offensive into northern Syria has risen to 30, the Syrian Observatory for Human Rights said on Saturday.

More than 100,000 people from the towns of Ras Al-Ayn and Tal Abyad have been displaced by the escalation of violence in Syria, the U.N. World Food Programme said on Saturday.

The World Food Programme and its partners will still support people in the northeast despite a deterioration in the security situation, it said. About 580,000 of the people it feeds in the region are currently living in Kurdish-controlled areas.

Syria must be freed from foreign military presence – Putin

“Everyone who is illegitimately on the territory of any state, in this case Syria, must leave this territory. This applies to all states,” Putin told RT, Arabik Sky News and Al Arabiya in an interview, excerpts from which were quoted by the Russian agencies.

Putin also said Russian forces in Syria were also ready to leave the country as soon as new legitimate Syrian government tells Moscow it no longer needs its help.

The death toll among civilians in Syria had climbed to 30 after two people died in the city of Qamishli, he said. Most of the civilian deaths were also in Tel Abyad, a border town that is one of the focal points of the operation.