Ktima Makenzy says that eviction was against the law 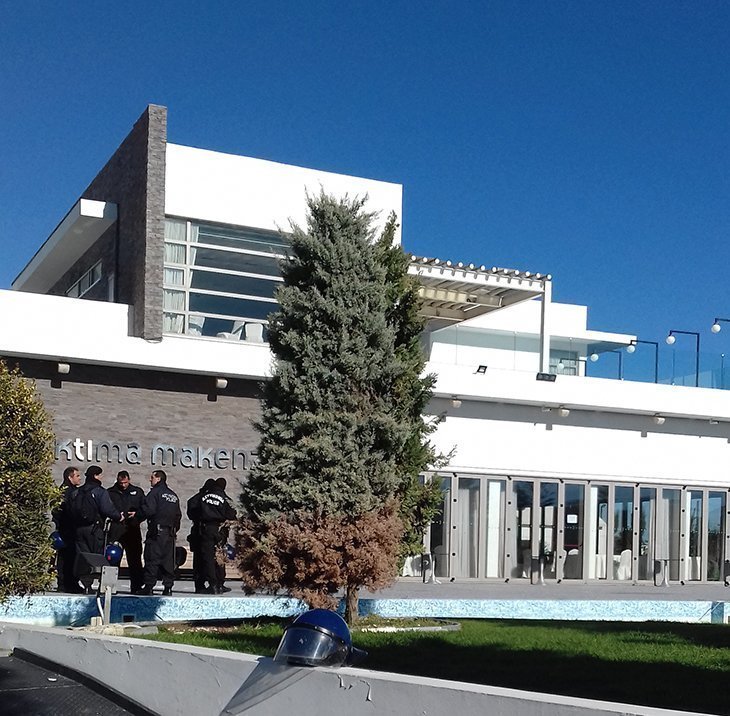 The company which manages Ktima Makenzy conference hall, whose tenant was evicted on Thursday so that the property can be handed back to its Turkish Cypriot owner, claims that the eviction was illegal.

In an announcement on Facebook on Sunday, MA Ktima Makenzy LTD says that on January 17 “an illegal invasion took place by Larnaca District Administration employees accompanied by 100 armed men of the Emergency Response Unit (MMAD) which acted without a warrant or a court order.”

The company describes the eviction as “led by the Ministry of Interior” and says that it had as a result the “forceful and immediate interruption” of its operations.

It adds that the premises on the property were sealed without leaving them time to react.

Concluding, it says that a company spokesperson will contact all clients who have future bookings in the hall.

According to a Larnaca District Court decision, the property had wrongfully came under the control of the Custodian of Turkish Cypriot properties -who leased the property to the Greek Cypriot tenant in 2010 – as the owners are British citizens.

The property is still guarded by police.

By In Cyprus
Previous articleNorth Pitsillia wants dam on Serahi river
Next articleOxfam: World’s richest 26 own as much as poorest 50%