At an idyllic scenery “hugged” by high mountain peaks emerges the community of Kritou Terra. These high peaks “embrace” the village on all sides but for the northern one from where one can enjoy the view of Chrysochous’ bay.

As we all know from the long history of our country, many conquerors conquered it in different periods. Among these invaders were the Romans who conquered and ruled the island since 30 BC until the 4th century AD.

Kritou Terra has not been left unaffected by the Roman Empire which left its visible traces in our community, particularly in the area of St. Irene and St. Eusebius.

Thereafter and during the Byzantine era after the 5th century AD it seems that in these camp areas many churches were built, ruins of which exist up to today.
The existence of these camps continued until the 19th century AD and abandoned after natural disasters forcing people to move further south in latitude where the community is situated today.

Monuments / Ancienties
Casino
Kritou Terra is the village where the first Casino of Cyprus operated from 1878 until the beginning of the 20th century. The Casino was housed in a building that had been constructed between the years 1860 and 1870, the maintenance of which has now been undertaken by the Department of Antiquities. One is worth observing the frescos on the internal walls of the casino, such as the one which depicts the Greek Revolution hero, Athanasios Diakos, as well as a second one which depicts the well-known popular hero, Koutalianos, all inspired by history and tradition. More: Sights

Churches
Also worth visiting are the church monuments of Kritou Terra, such as the chapels of Agia Aekaterini, of Agia Paraskevi, of Prophet Elias and of Agios Efsevios, as well as the church of Panagia Chryseleousa.

Laundry
The village’s laundry was a specially shaped area used for the washing of clothes. It consists of six circular cavities in a rock.

Carved tombs
The ancient desecrated carved tombs of Kritou Terra are located in the area of Agia Eirini and at the location “Selli”.

Watermills
Kritou Terra, having approximately 15 watermills, was the village with the second largest number of watermills after the village of Kythrea. Nowadays, only their relics are preserved and these can be found while moving north of the “Kefalovrysos” fountain and north of Rivers “Kremmiotis” and “Mylari”.

A hidden waterfall in the village of Kritou Terra in Paphos is well worth a visit. The water here never stops flowing, creating a lush, verdant environment. It was once the site for four water mills providing the locals with water. When you get to the village follow the signs and you can park your car at the small picnic area which is near the waterfall and walk another 1,5km along a beautiful but in some points difficult trail until you get to your destination. 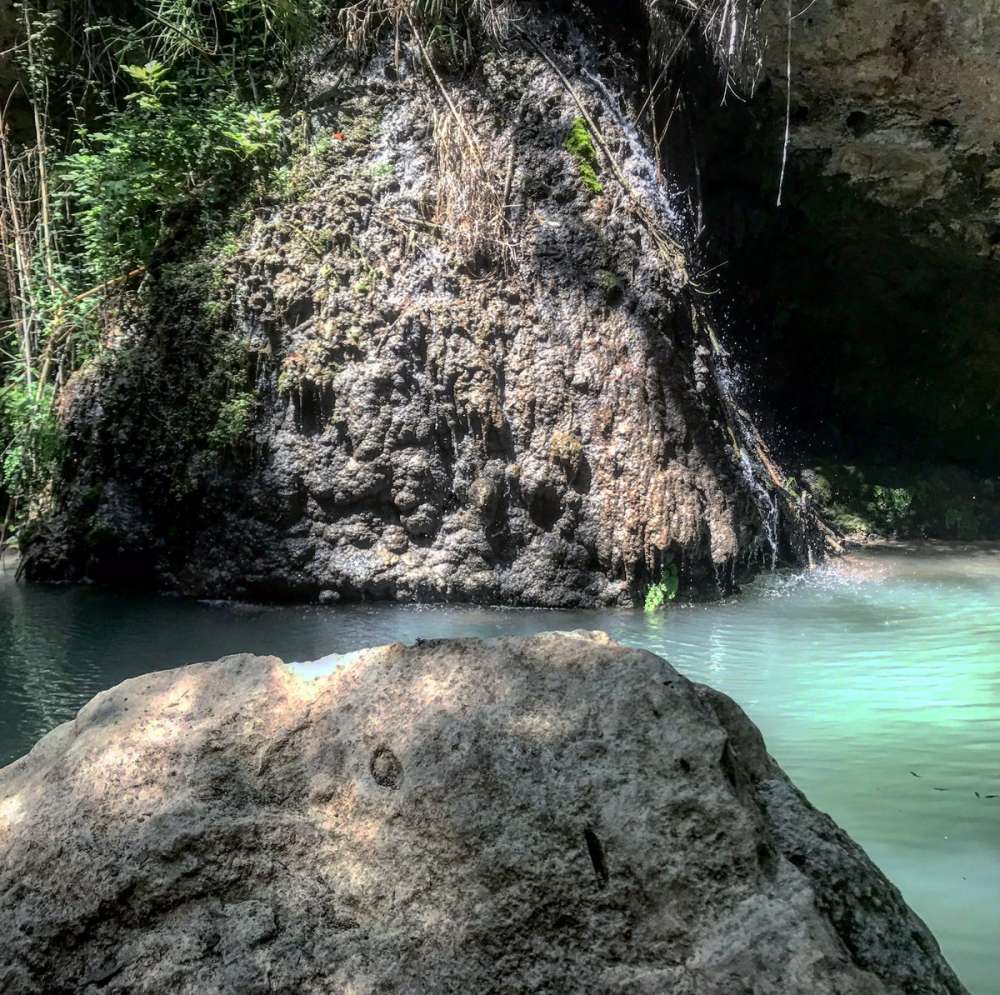 Courtesy of the Community Council of Kritou Terra