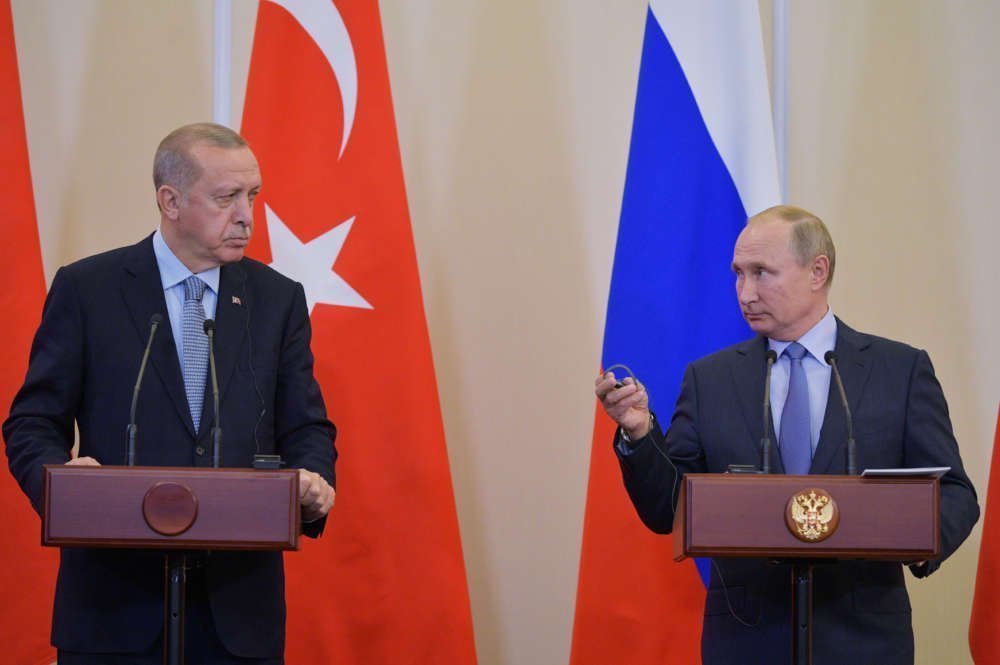 The Kremlin said on Wednesday that the United States had betrayed and abandoned the Syrian Kurds and advised the Kurds to withdraw from the Syrian border as per a deal between Moscow and Ankara or be mauled by the Turkish army.

The comments by Kremlin spokesman Dmitry Peskov to Russian news agencies followed a deal agreed on Tuesday between Russia and Turkey that will see Syrian and Russian forces deploy to northeast Syria to remove Kurdish YPG fighters and their weapons from the border with Turkey.

Peskov, who was reported to be reacting to comments by U.S. President Donald Trump’s special envoy for Syria James Jeffrey, complained that it appeared that the United States was encouraging the Kurds to stay close to the Syrian border and fight the Turkish army.

“The United States has been the Kurds’ closest ally in recent years. (But) in the end, it abandoned the Kurds and, in essence, betrayed them,” Peskov was cited as saying.

“Now they (the Americans) prefer to leave the Kurds at the border (with Turkey) and almost force them to fight the Turks.”

If the Kurds did not withdraw as per the deal between Moscow and Ankara, Peskov said that Syrian borders guards and Russian military police would have to withdraw, leaving the Kurds to be dealt with by the Turkish army.