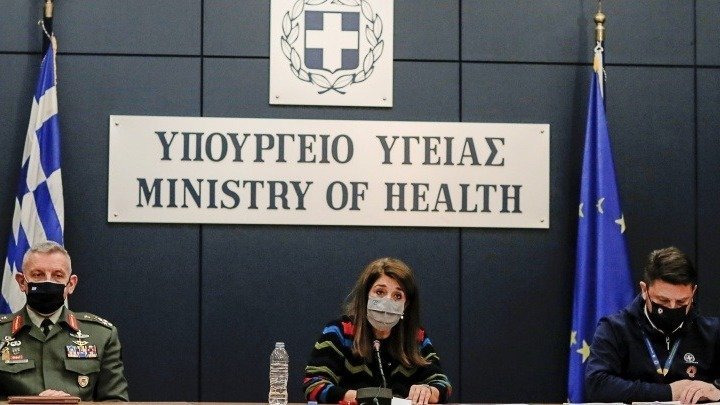 The Kozani region, northwestern Greece, is going under tighter lockdown restrictions at 06:00 on Saturday and for the next seven days, Deputy Minister for Civil Protection & Crisis Management Nikos Hardalias announced at Friday’s live briefing on the pandemic.

At Kozani region, there are currently 397 active cases of infection, while 81 people are hospitalized – their median age is 53, he underlined. Some 816 close contacts were revealed by contacts tracing there, who are all self-isolating at home, noted the minister. Of the 397 cases, 199 are in Kozani proper, he noted and 134 in Eordea.

The fact that 73.2 pct of active cases and those who came into close contact with them, are associated with travelling and visiting other municipalities within Kozani region, “forces us to impose stricter measures across the entire region,” stressed Hardalias.

Thus, the curfew at Kozani region will begin at 18:00 (3 hours earlier than usual in other Greek regions) and run to 05:00 the following morning. Employees who need to go to work will need special permits issued by their employers.

The entire retail sector will be shut down, including open-air markets (laikes). Bookshops, hairdressers and barbers, nail and beauty salons, which are open with restrictions everywhere else, will also be closed. In addition, customers will not be allowed to pick up online orders (click-away method) over the next week.

Churches and all worship places will be shut and all services banned except for funerals, which will be limited to 10 attendees.

Citizens in these municipalities will be rapid-tested en masse by the National Public Health Organization’s (EODY) medical staff, while local workers, especially at the region’s industrial zones, will be tested over 10 days (on the 1st, 5th and 10th days), said the minister.

Workers at local nursing homes will be rapid-tested every 5 days.

Finally, face masks will be distributed to everyone at Kozani region, free of charge.

Medical teams from the National Public Health Organization (EODY), together with Civil Protection staff and health experts, are heading to Kozani to help contain the situation, Hardalias noted.

The set of extra measures at Kozani are the same that Hardalias announced for three municipalities in west Attica which went into effect there on Friday.

Speaking about west Attica, Hardalias said that there are 166 active cases of infection at Aspropyrgos municipality, of whom 28 were hospitalized, with 285 close contacts revealed by contacts tracing.

The median age of new cases in west Attica is 41.5, noted the minister.

It is particularly hopeful that “this is the first week when more patients were discharged from ICUs than those admitted,” said Professor Vana Papaevangelou at the live coronavirus briefing on Friday.

This development follows up on last week’s recorded drop in new infections and hospital admissions overall, she added.

“However, it has to be clarified anew that the danger remains high across the country, based on the number of active infections,” she noted, despite medical experts observing a reduced RT dispersal factor in the country.

If people let their guard down now and over the Christmas holidays “even slightly”, it is highly likely there will be “an exponential growth of infections and more intense pressure on Greece’s NHS,” warned Papaevangelou.

The Greek armed forces have contributed scientists, personnel and hospital beds to the fight against the coronavirus, said Chief of the Hellenic National Defense General Staff General Konstantinos Floros at the briefing.

Ninety-seven army units have set up stations for sample testing in 73 Greek cities, he noted.

As of December 28, citizens can visit these stations for tests by appointment during weekdays, he said, following time schedules that will be set up by the Civil Protection Secretariat.