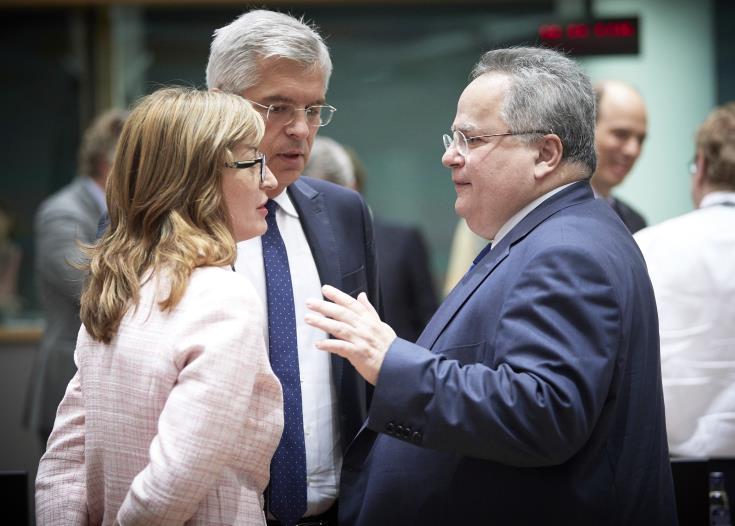 Greece is in favour of a solution of the Cyprus problem, which will guarantee that Cyprus will be a normal state, member of the EU and the UN, and will fully enjoy the rights of a normal state, without third-party intervention rights, Greek Minister of Foreign Affairs Nikos Kotzias has said.

In a speech he delivered at the Moscow State Institute of International Relations on Wednesday, Kotzias referred to negotiations to solve the Cyprus problem, saying that during the Crans Montana talks, last July, the core of the problem was on the table.

Kotzias also said that in his opinion the fundamental issue of the Cyprus problem was the illegal occupation of the northern part of the island. “Northern Cyprus is the most militarised part of Europe. Up until last year, there were 44,000 soldiers stationed there for 92,000 Turkish Cypriots and a total of 200,000 residents. The ratio is one soldier for every two Turkish Cypriots or one soldier for every family, if one takes the settlers into consideration,” Kotzias noted.

In his speech, Kotzias referred to Greece’s foreign policy, including the trilateral cooperation of Greece and Cyprus with Egypt, Israel, Palestine, Lebanon, Jordan, and Armenia.