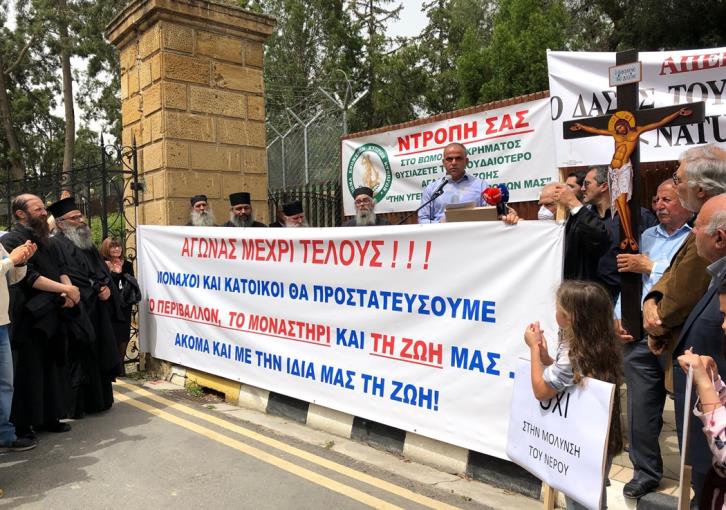 People opposing the construction of a plant to recycle and produce asphalt concrete, in the area of Stavrovouni, staged a protest today outside the presidential palace.

The government has given permission to a private company “Skyra Lima – Iacovou brothers ltd” to build the plant.

Protesters closed the road outside the palace and approved a resolution which they was handed to acting government spokesman Klelia Vasiliou.

Local residents in Kornos and Pyrga, the monks at Stavrovouni monastery and their supporters have collected 12,500 signatures, and are appealing to the President to stop the construction of the plant in an area where quarries and a solid waste recycle unit are already operating.

The resolution refers to a study which, they claim, confirms their concerns about air, dust and noise pollution if the plans to build the plant go ahead.