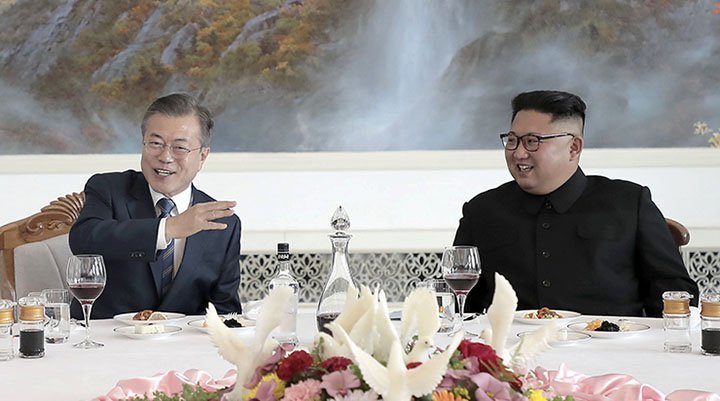 After meeting in Pyongyang, the two leaders “agreed on a way to achieve denuclearisation,” said Moon.

North Korea will close a key missile test facility in the presence of “international experts” and potentially destroy its primary nuclear complex if the United States agrees to corresponding measures, Moon said.

The agreement was described by Kim as a “leap forward” towards military peace on the peninsula.

Speaking to the media Wednesday after a brief signing ceremony, Kim and Moon vowed to bring peace to the Korean Peninsula once and for all, something they first committed to at their April summit.
“The world is going to see how this divided nation is going to bring about a new future on its own,” Kim said to applause from those gathered.

Kim also said he hoped to “visit Seoul in the near future” – he would be the first North Korean leader to do so.

Both countries’ defense chiefs also signed a 17-page accord in which the two countries vowed to “cease all hostile acts against each other.”
“The era of no war has started,” said Moon, the first South Korean president to visit Pyongyang since 2007.
The two countries pledged to: