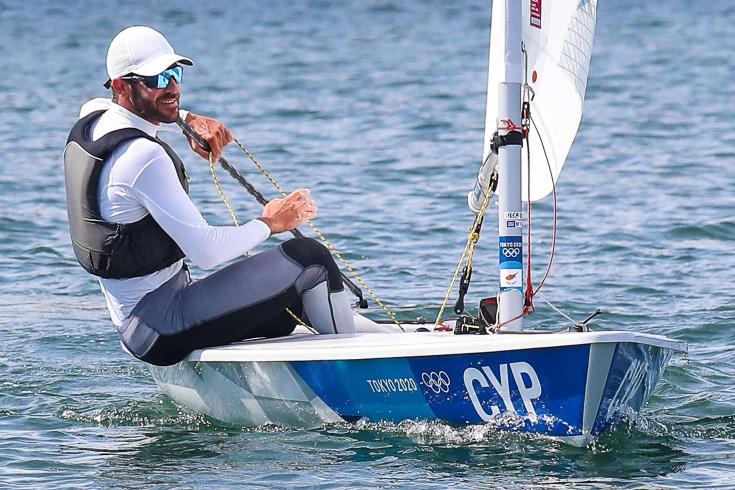 Cyprus sailing champion Pavlos Kontides just missed out on a podium place in the Tokyo Olympics after finishing fourth in the sailing laser category medal race, held this morning (Sun).

Kontides, fighting for a medal till the very last, lost the bronze for a mere three penalty points, coming sixth in the medal race and taking overall fourth place with 88 penalty points.

He had been fourth after ten races.

‘It’s a great result’, Kontides said, ‘but it hurts to be so close and come out empty handed’.

The Cyprus Sports Organisation congratulated Pavlos Kontides on his superb effort in the last race, taking a great fourth.

‘It’s a huge success for the athlete, Cyprus sailing and sports as a whole, and makes us especially proud’, a statement said.

Kontides has established himself in the elite of the sport ‘promoting our small country in the best way possible’ and the state will continue to support his efforts.