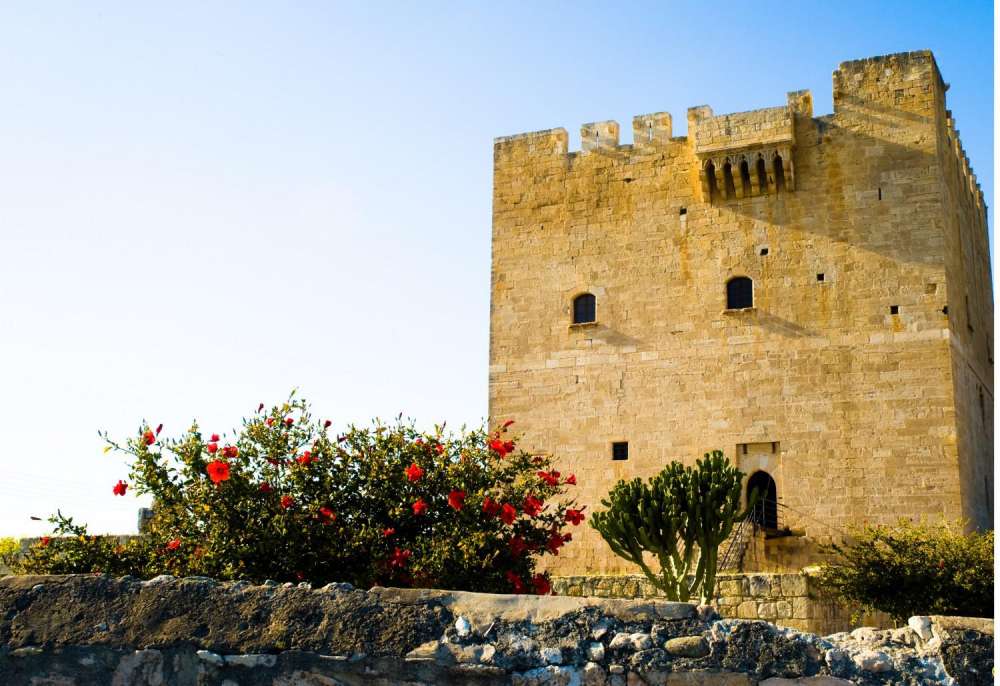 The village of Kolossi is in the district of Limassol, about 11 kilometers from the city of Limassol. It is built on the coastal plain of Limassol at an average altitude of 50 meters. A large part of its administrative range is included in the grounds of the British military base of Akrotiri – Episkopi.

Kolossi receives an average annual rainfall of about 440 millimeters. The village is affected by the underground water layers of Akrotiri-Kouri, which are the third most important underground water layers of Cyprus. Several drillings have been dug in the area, which along with the utilization of the waters of the river Kouris have contributed to the expansion of irrigated land. Part of the village is irrigated by the Germasogeia dam. Vines (table grape and wine making varieties), citrus fruit (lemons, oranges, grapefruit), locusts, olives, cereals, legumes, forage plants, vegetables, and a few fruit trees are cultivated in the area. Stockbreeding is quite developed in the village. The only industrial activity is the oil-industry.

Kolossi is served by a pretty good transportation network. It is placed on the main Limassol – Pafos highway, securing an easier passage toward both these towns. In the northwest it is connected to the village Erimi, in the south with the village Akrotiri and in the northeast with the village Ypsonas.

The small distance between the village and the city of Limassol and its neighboring position to the large British base of Akrotiri – Episkopi, as well as the very good road connection, are factors that have aided the increase of the population of Kolossi. In 1881 the inhabitants of the village were 389, decreasing to 374 in 1901 and increasing to 445 in 1911. In 1921 the population decreased to 411 and to 392 in 1931. In 1946 the inhabitants numbered 546 (483 Greek-Cypriots and 63 Turkish-Cypriots) and in 1960 they numbered 751 (643 Greek-Cypriots and 108 Turkish-Cypriots). 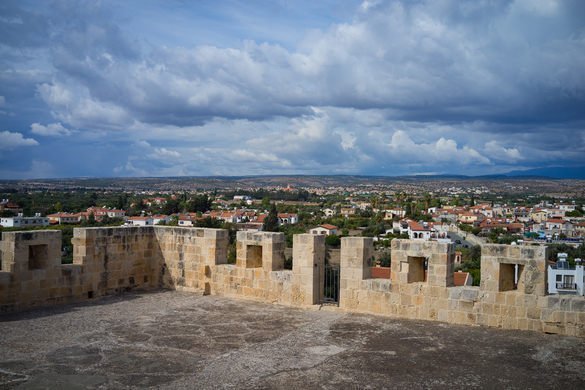 A brief history of Kolossi.

When in 1191 the King of England Richard Coeur-de-Lion, while taking part in the 3rd Crusade and was heading for the Holy Land, he gave a victorious battle against the Byzantine ruler of the island -Isaac Comnenus – and seized Cyprus, putting an end to the Byzantine period of the island.

After ransacking Cyprus, Richard Coeur-de-lion sold it to his allies, the Knights Templar. The Knights Templar were a religious-military order, founded in 1118 by French Knights in Jerusalem.

Then, after an uprising of the inhabitants of the island caused by harsh exploitation and with the consent of the English King, the Kinights Templar re-sold it to the French noble man Guy-de-Lusignan who separated Cyprus into feuds, giving the region of Kolossi to the count Garinous-de-Colosse; it is believed that the village took its name from him.

Another version mentions that the village has a Greek name (Kolossi was also the name of very well known city of Phrygia) that the first settlers from Asia Minor brought with them.

During the reign of the Lusignan in Cyprus (Frank era 1192-1489), many settlers -mostly catholic crusaders and orders to which large pieces of land and privileges were given- were summoned and had settled in the island, so that the feudal system would be established and also to protect the new regime from both internal and external enemies.

In 1210 King Hugh I de-Lusignan granted Kolossi to the Order of the St. John of Jerusalem (Knights Hospitallers) and in the same year the castle of Kolossi was built as the seat of the Supreme military commandment (Grande Commanderie). That castle was ruined by the raids of the Mameluke tribes during 1425-1426 and was re-built with its’ present form during the reign of the Great Commander Louis-de-Magnac, whose coat of arms can be found in the nether part of the built-in plate in the east side of the fort.

Sugarcane was grown in the grounds of the Grand Commanderie, which was processed for the production of sugar in the nearby factory. The Greek-Cypriot inhabitants of the area took upon their shoulders the heaviest part of the agricultural production, making from the fermented -in the sun -grapes the famous Commandaria that takes its name from the grounds of the Grande Commanderie.