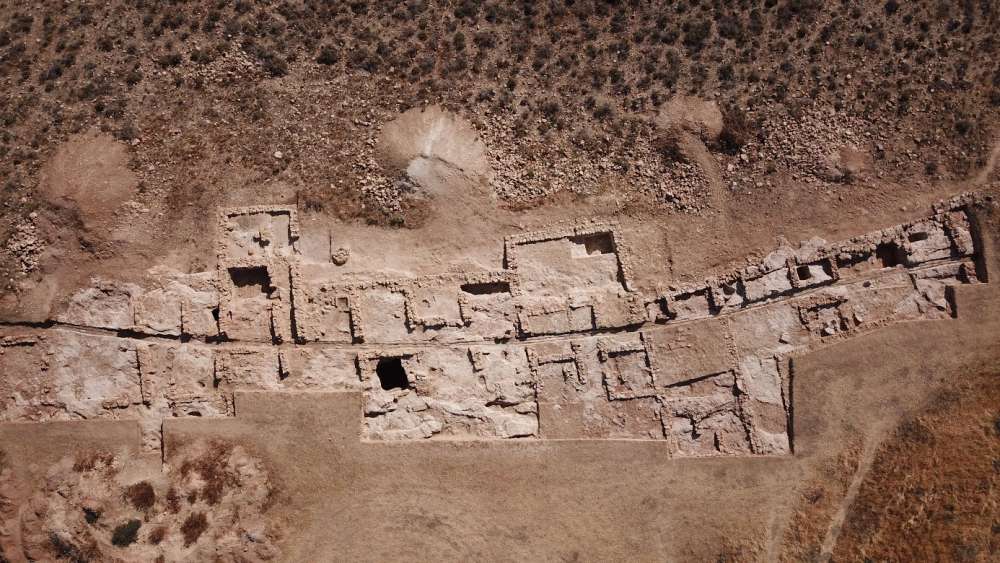 The area of the village of Pyla appears to have been inhabited ever since the Early and Middle Bronze Age (2400 – 1700 B.C.). The housing and cemeteries of that area are probably located south of Pyla and near the coast as the residents of that area, similarly to those of other coastal areas, tried to develop maritime commerce.

Locations of housings and cemeteries of the Late Bronze Age (1700-1125 B.C.) were identified during excavation works which took place in the south of Pyla, including an excavation conducted by the Department of Antiquities and more specifically by archaeologist Porfyrios Dikaios. This excavation brought to light carven tomb chambers at the locations of “Verki”, “Koukoufouthkia” and “Steno”. What is noteworthy is that these tombs contained a wealth of findings, while excavations at the location “Verki” revealed, apart from a cemetery, a housing as well. 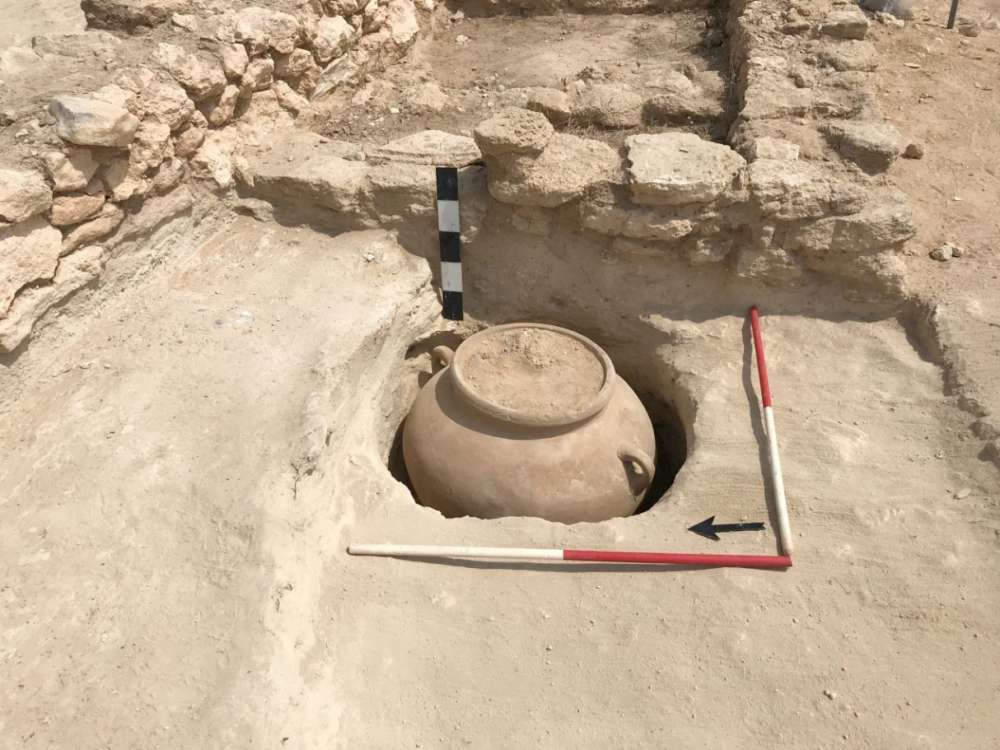 At the end of the Late Bronze Age and more specifically in 1230 B.C,a housing was established at the location “Kokkinokremmos”, which was however abandoned in 1190 B.C. The excavation at the housing was started by Porfyrios Dikaios and continued by Vasos Karayiorgis. In fact, the latter, according to the study, supports that the housing was built by Aegean refugees who arrived in Cyprus after the fall of the Mycenaean urban centres and who later moved towards the centre of the village. The presence of this specific population in the area, according to Karayiorgis, is confirmed by the findings of the archaeological excavation which include Minoan and Mycenaean ceramic objects.

At the housing of “Kokkinokremos” residences are attached to one another while their walls form a defensive wall. Additionally, at “Kokkinokremos” werediscoveredseveralobject including two silver talents and treasures of gold and bronze objects. The multitude of findings is linked to the sudden abandonment of the housing. In particular, the residents of the housing appear to have hidden the aforementioned objects before abandoning the housing so that they could find them upon their return. The findings from “Kokkinokremos” are displayed at the Archaeological Museum of Cyprus and the District Museum of Larnaka.

During the Iron Age,when a lot of kingdom cities were established, the area of Pyla held an important position. This is after all proven by the existence of cemeteries and housings of that period. As it is also clarified in the study, it is not yet known which kingdom owned the area. However, since the area borders Kiti it probably belonged to that kingdom. In fact, the study suggests that the name of the village proves that the community constituted a gate of communication between Mesaoria and the kingdom of Salamina. 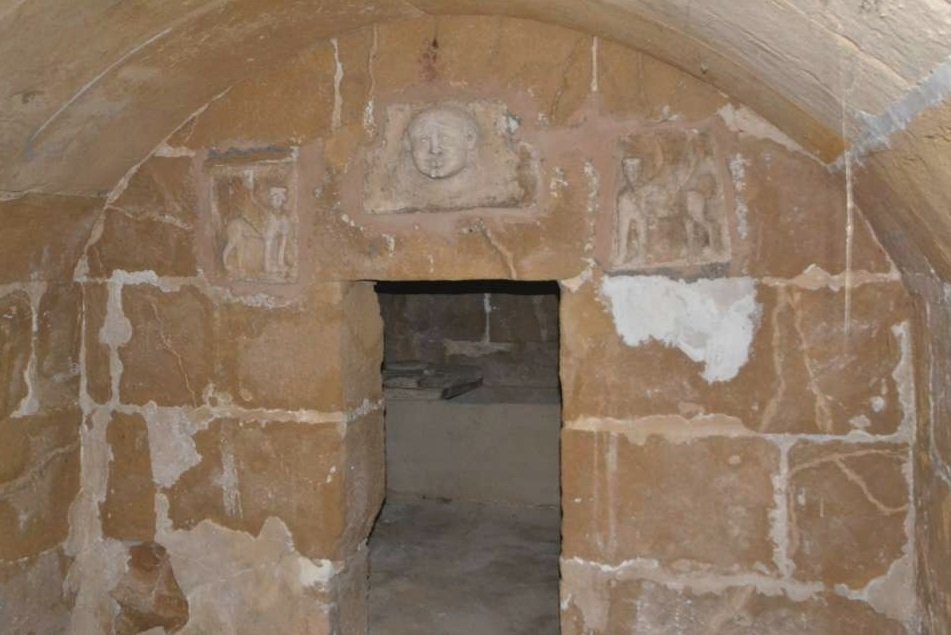 The royal tomb is an impressive building dated back to the Cypriot-classical period and it came to light in 1934 after an excavation was conducted by Porfyrios Dikaios. This tomb is located southeast of the village and although it has been looted it is still considered a remarkable monument of the area. The tomb consists of a long corridor with stairs, a central chamber and three side chambers. Moreover, in the tomb and more specifically on the door which leads to the east side chamber one can admire the relief representations of a mermaid and two winged sphinxes which were placed there in order to prevent snatchers from entering. Today, the reliefs are displayed in the Cypriot Museum while duplicates have been placed in the tomb. According to the aforementioned study, this tomb probably belonged to a special family of the area or even to some local noble man.

In 1868, Robert Hamilton Lang conducted an excavation in the southeast of the village and more specifically at the location Stavros, where he discovered a temple dated back to the archaic classical and Hellenistic times and which had been ruined and looted. However, he did discover several dedications, most of which were statues made of limestone, clay figurines as well as inscriptions which referred to god Apollo using the name “Mageirio”. Among other statues that were discovered in the temple were some which belonged to goddess Artemis, sister of god Apollo, something which reveals that his sister was also worshiped at that same temple. What is also noteworthy is that the findings of Lang’s excavation were given to European and American museums. For instance, the Art History Museum of Vienna hosts one of the more imposing statues of this excavation and more specifically the statue of a bearded two-metre-tall-man who bears a leave garland on his head and is wearing a Himation, an ancient Greek type of clothing. Unfortunately, the lower part of the legs is not preserved on this statue.

Finally, the area of Pyla continues to be an important area during the late ancient times as well. During the Hellenistic and roman times, according to inscriptions and other archaeological remains, housings, cemeteries and temples were located along the coast.

The excavations at the area continued in 2018