King of Jordan satisfied with trilateral cooperation between Cyprus, Jordan and Greece 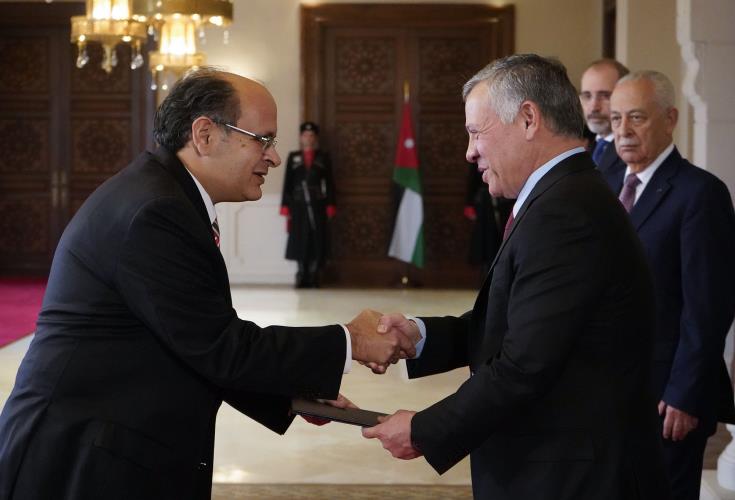 King Abdullah II bin Al-Hussein of Jordan has expressed satisfaction with the trilateral cooperation developed between Cyprus, Jordan and Greece.

Receiving the credentials of the new Ambassador of the Republic of Cyprus to the Hashemite Kingdom of Jordan, Dr. Andreas P. Kouzoupis, the King of Jordan also expressed his country’s will to further enhance economic and commercial ties between Cyprus and Jordan.

According to a press release, presenting his credentials,  Kouzoupis referred to the great importance that Cyprus attaches to the further enhancement and deepening of its bilateral and trilateral relations with Jordan, a beacon of stability and security in the Middle East.
(Cyprus News Agency)