Kim Jong Un to cross line at DMZ: Here’s what will happen 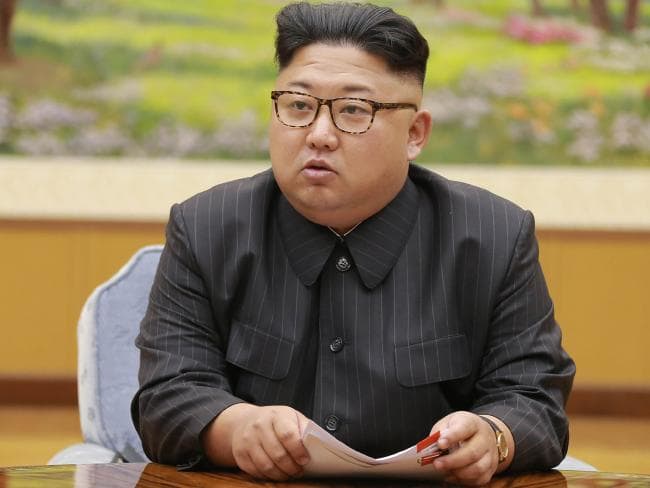 It’s been billed as an historic encounter that could lead to peace on the Korean Peninsula, which has been divided for more than six decades.

On Friday morning, North Korean leader Kim Jong Un will be greeted by South Korean President Moon Jae-in at the demilitarized zone (DMZ) that divides the two countries — the first time leaders of the two countries have met since 2007.
The outcome will set the stage for what’s primed to be the most significant diplomatic summit in a generation, with Kim and US President Donald Trump set to meet in May or early June.
Here’s what you need to know.

Kim will walk across the painted Military Demarcation Line (MDL) and into the southern half of the DMZ at about 9.30 a.m. local time (9.30 p.m. ET) Friday morning — a moment that’s expected to be beamed live to millions worldwide.
There, he will be met by President Moon and together they will make the short walk to the Peace House, a conference center in Panmunjon or Truce Village, which straddles the DMZ.

There’s speculation that Kim will be accompanied by his wife Ri Sol Ju, who traveled with Kim to Beijing last month on his first trip abroad since taking power in 2011.
South Korea has spared no effort in its preparations for the highly choreographed summit, giving the room where they’ll meet a complete makeover, with symbolic design features.
After a break for lunch, Kim and Moon will plant a pine tree using soil from Mount Halla in South Korea and Mount Baekdu in the North. The day will be capped by a multi-course banquet featuring a menu with specialities from North and South.

What’s likely to be achieved?
There’s three key topics on the agenda: the denuclearization of the Korean Peninsula, the improvement of bilateral relations, and a formal peace settlement — the Korean War ended in 1953 with a ceasefire so technically the two sides are still at war.
The highest-stake issue is North Korea’s nuclear weapons program. Kim has conducted more missile tests than either his father or grandfather and claims to have a long-range missile that can reach the US mainland tipped with a nuclear warhead.

Last week, President Moon said North Korea had dropped a long-held demand that the US withdraw its forces stationed in South Korea in exchange for denuclearization, and on Saturday Kim said it no longer needed to test its weapons capability.
But analysts greeted these apparent concessions with skepticism, saying that denuclearization is likely to be a major sticking point in talks and it’s unlikely that Kim will truly consider giving up his weapons.
And even if North Korea agreed to denuclearize, we don’t know how many nuclear weapons it has or where they are located.