Kill the Bill demonstration held in Manchester after Bristol unrest 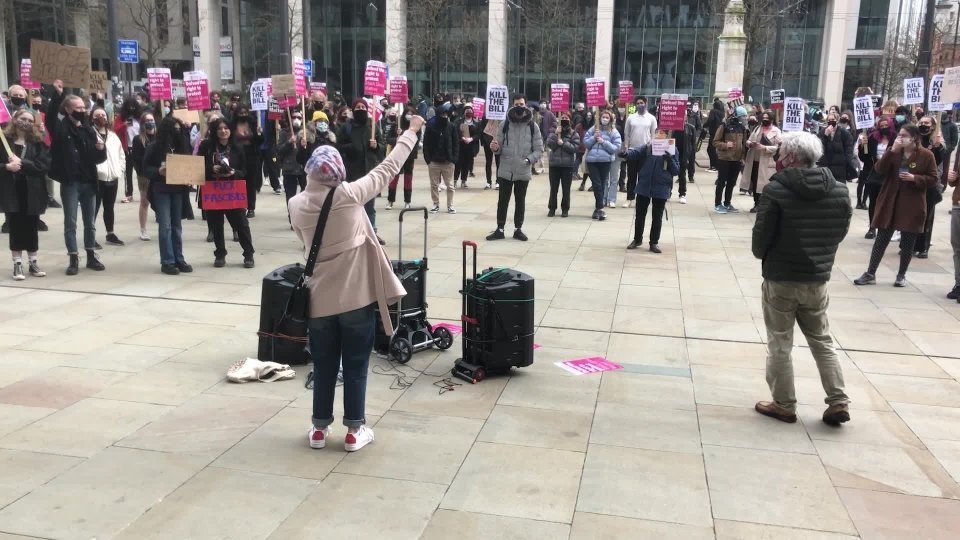 Kill the Bill demonstration held in Manchester after Bristol unrest

Dozens of people attend a Kill the Bill demonstration in Manchester to protest at the Government’s new Police, Crime, Sentencing and Courts Bill.

On Friday night in Bristol, glass bottles, bricks and eggs were thrown at officers and fireworks were launched at police horses, according to Avon and Somerset Police, amid the third protest in the city against the bill.