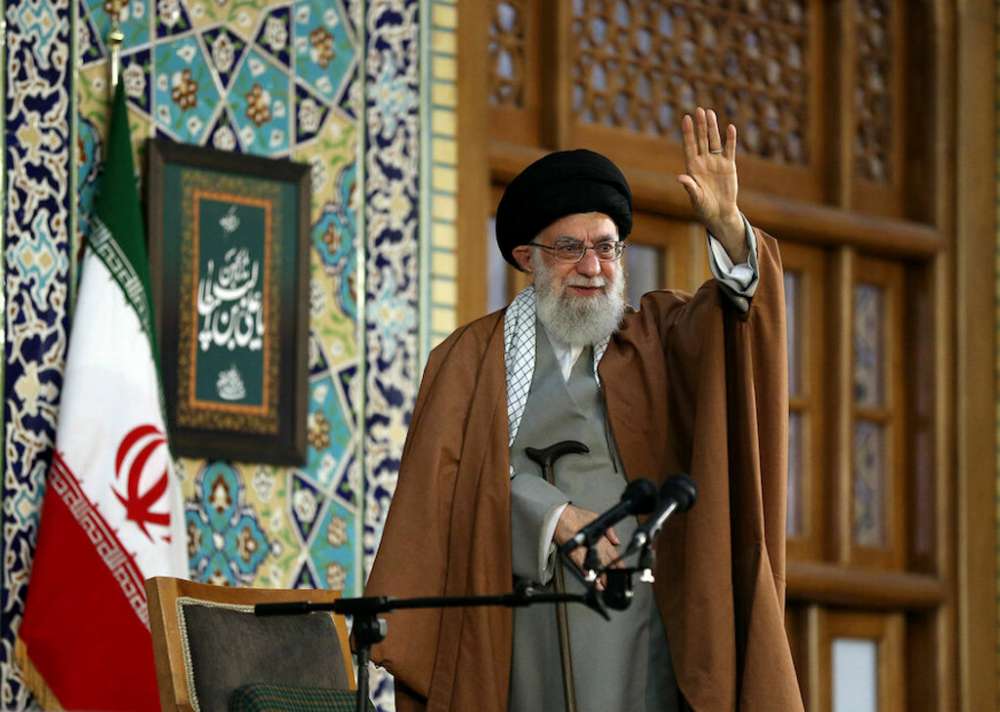 “Some people are no doubt worried by this decision … but sabotage and arson is done by hooligans not our people. The counter-revolution and Iran’s enemies have always supported sabotage and breaches of security and continue to do so,” Ayatollah Khamenei said, according to state TV.

Riot police and security forces clashed with demonstrators on Saturday in Tehran and dozens of cities across the country, Iranian news agencies and social media said, a day after the government increased the price of gasoline.

Officials said on Saturday that one person was killed in the southeastern city of Sirjan, while social media reports referred to several other deaths as protests turned political.

Internet access in Iran was curbed after the protests at the order of a state security council, the semi-official news agency ISNA reported.

“Unfortunately some problems were caused, a number of people lost their lives and some centres were destroyed,” Khamenei said.

Khamenei said the increase in gasoline prices was based on expert opinion and should be implemented, but he called on officials to prevent hikes in prices of other goods.

“The main elements behind the disturbances of the past two days have been identified and appropriate action is being taken,” the semi-official Tasnim news agency quoted the ministry as saying in a statement.

A local prosecutor said on Sunday that 40 people were arrested in the protests in the central city of Yazd, most of whom were not local residents, ISNA reported.

Many shops in Tehran’s bazaar closed on Sunday, after “disruptions” by people from outside the trading centre, ISNA reported, Businesses were expected to re-open after police reinforcements arrived, it said.

Videos posted on social media from inside Iran on Saturday showed protesters setting fire to buildings and clashing with riot police. In other videos protesters blocked roads and set fires in the streets in Tehran and some other cities. Some chanted slogans against top officials.

The videos and other images on social media could not be verified by Reuters.

Iran’s clerical rulers are anxious to prevent any repeat of unrest in late 2017, when people staged protests in 80 cities and towns over poor living standards, some calling on Shi’ite Muslim clerical leaders to step down. Iranian officials said 22 people died in those protests.

The gasoline price increase is expected to raise around $2.55 billion a year for additional subsidies for 18 million families, or about 60 million Iranians on lower incomes, the government said.

By In Cyprus
Previous articleCyprus Foreign Minister to meet US Secretary of State in Washington
Next articleItaly battered by rain, Venice braces for another ‘tough day’