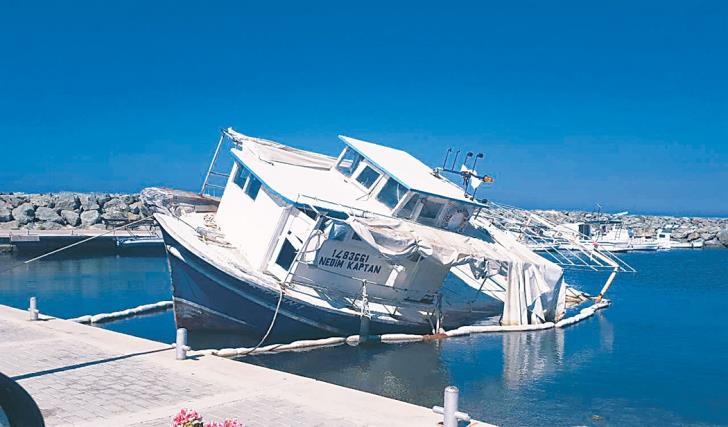 The joint efforts of the Kato Pyrgos municipal council and the Police to move four abandoned boats used to transport Syrian refugees from the community’s small harbour have stumbled state bureaucracy.

The boats, abandoned in Kato Pyrgos for a long time, are an eyesore in the small picturesque harbour.

The Municipal Council had appealed several times to the police and the Ministry of Justice in efforts to solve the matter. The Council’s suggestion was to allow the boats to be sold in auction. This, however, was not feasible because the vessels constitute evidence for pending legal cases. The issue has reached the Customs and Legal Services but no progress was made.

As the community leader of Kato Pyrgos, Nicos Kleanthous, stated, some boats have remained in the harbour since last year. They block a large space in the small harbour and they constitute possible sources of infection, since the water that leaked into some of them has attracted mosquitoes.