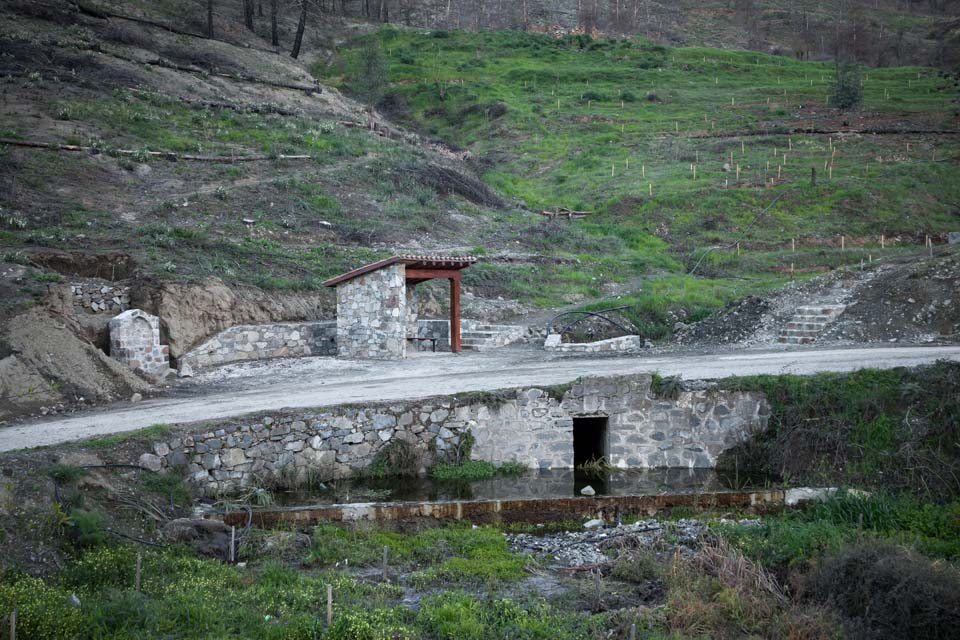 Karterouni is an abandoned village, which emerged through a great devastating fire in the lush, forest-covered Solea Valley in 2016. The village was built in the 17th century and its last inhabitant abandoned it in 1947.

The village was very small albeit a self-sufficient, economic society, with agriculture as the main occupation of inhabitants, there is evidence of this, such as prepared plots, a small dam, irrigation channels, ovens and threshing floor.

The Department of Forests, in the framework of rehabilitation of the burnt area in cooperation with Professor Dr. Michael Given and Researcher Ms. Erin Gibson of the University of Glasgow, who were investigating the Greater Troodos region, 70 years later, decided to revive the village.

In the first stage of the project, a path will be created with information signs that will cross the village and will be joined with part of the existing path used by the inhabitants at that time. At the entrance of the settlement, which is above the forest road of Agios Theodoros Soleas to Kourdali, there will be a kiosk where information and maps will be provided to travellers. Finally, an effort will be made to partially restore the old infrastructure to make it accessible to the public.