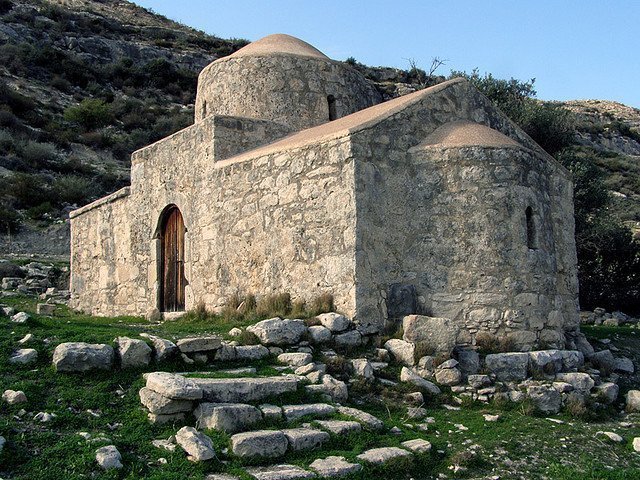 Kantou is a village in the Limassol District of Cyprus, located 2 km north of Erimi and 15 km from Limassol city. Prior to 1960 , the village was almost exclusively inhabited by Turkish Cypriots. Prior to the occupation of Cyprus by the Turks (1571 AD), Greek Cypriots lived in Kantou. This conclusion results from the presence of several churches in the area, built in the 15th century. After the occupation of Cyprus by the Ottomans, the Turks settled in the village.

Αccording to excavations, the area dwells in the Late Neolithic period (4500-3800 BC)

The mosque in the village of Kantou

Single room structure with north entry consisting of six concrete steps leading onto narrow veranda directly off the street. A newer minaret has been built on the SW corner of the mosque (not shown on the 1919 cadastral). A symmetrical double doorway is flanked by tall narrow lancet windows outlined in a red brick frame, as are all of the exterior mosque openings. The mosque has been recently restored and the mihrab niche painted in a dark red glossy oil based paint. The mihrab is flanked by two round porthole windows, which overlook the back (south) yard. Pointed lancet windows are also situated in the centres of the east and west facades respectively. The minaret, with interior steps in far-faced concrete was inaccessible during the visit because of piles of pigeon droppings. On the east side of the mosque there appear to have been two rooms (also not included on the 1919 cadastral), probably functioning as classrooms, as well as a small insignificant modern fountain and one latrine. The building appears to have had a renovation phase around the 1950s. The only decorative feature is an Ottoman inscription on a metal plaque, painted green, hung to the left of the mihrab. 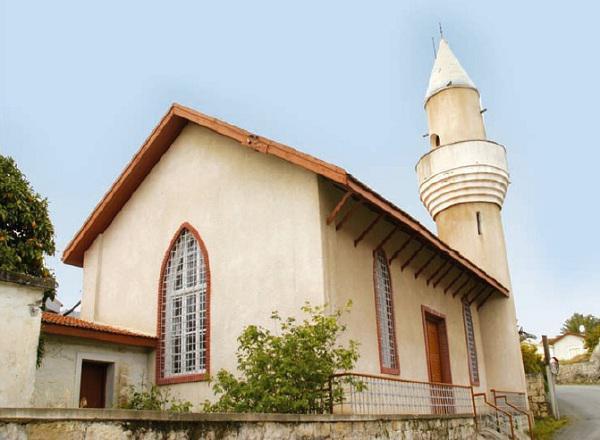 The Chapel of Ayia Napa is dated back in the 12the century and it is one of the few churhces in Cyprus decicated to Ayia Napa who is the saint of the woods.