Kangaroo breaks into Australian home, locks itself in bathroom 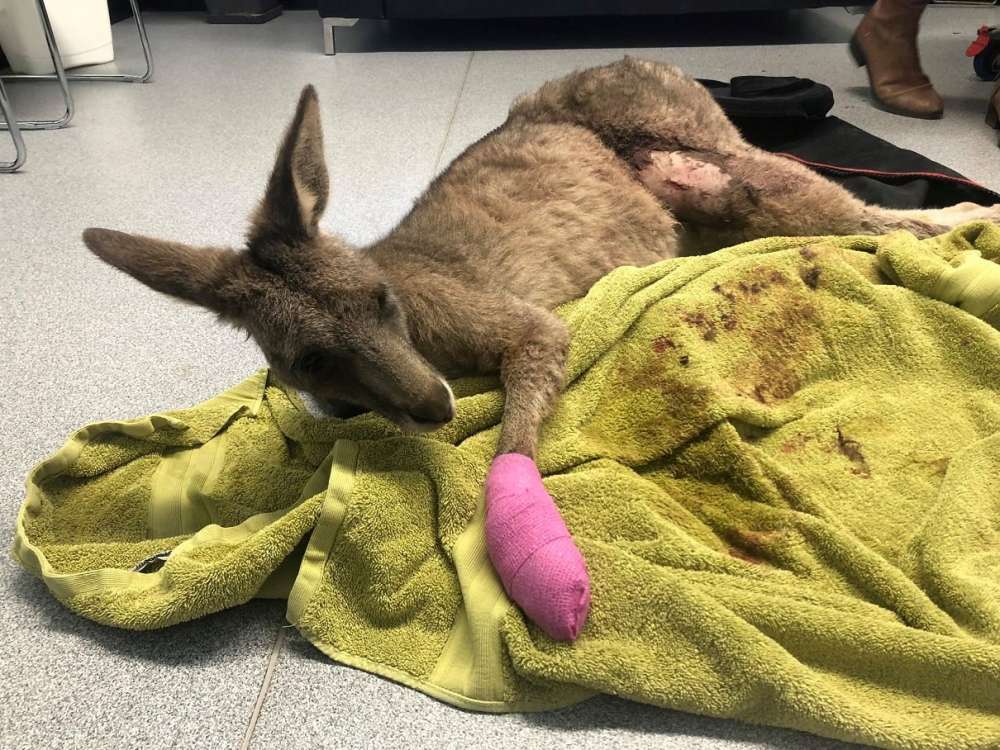 A startled kangaroo in Melbourne jumped through the window of a family home and locked itself in the bathroom.

Mafi Ahokavo and his family were asleep Saturday night when a loud crash woke them up,  the Australian media reported. They soon found out that a kangaroo broke into his house.

“I haven’t even seen a kangaroo in my life,” he said.

The marsupial reportedly damaged items and left blood everywhere due to the cut it received from smashing through the window.

Eventually, the kangaroo made its way into the bathroom and somehow locked the door.

Animal rescueer Manfred Zabinskas was called in to handle the situation and found the young, 30 kilo kangaroo exhausted, distressed and badly cut. Zabinskas gave the kangaroo a sedative to calm it down and take him out of the house to get medical attention.

The animal rescuer told the BBC that the kangaroo may been trying to find his way home.

“He would have been in a complete panic and in desperation just run in the path of what would have looked like a passage home, and just gone through the window,” Zabinskas said. “They do get into trouble in suburbia where we’ve got urban areas expanding into the fields where they live.”

By In Cyprus
Previous articleCabinet decides to update crisis management plans for natural disasters
Next articleHow do you sleep at night? After fire, Greek opposition seeks resignations