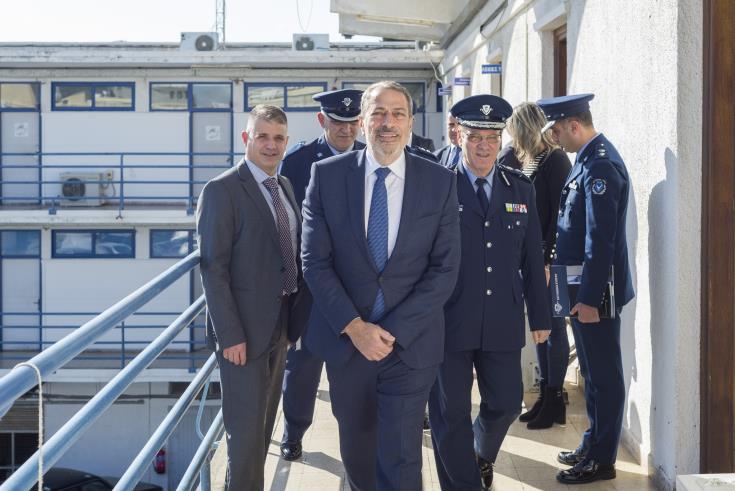 Savvides was speaking during a visit to Limassol police headquarters where he also expressed the hope that timelines for the installation and operation of traffic cameras will be adhered to.

The minister congratulated the police officers for the work being done. “The situation has improved as regards curbing serious crime and there has been an increase in the number of cases that have been resolved,” he said.

And he added: “I asked everyone participating in the meeting to intensify their efforts and to behave and implement the law in exactly the same way for all citizens. Equality and the just and proper implementation of the law is the foundation stone of the rule of law.”

The minister urged police to show respect and courtesy to all the people who are checked, without any racist bias and with increased sensitivity towards vulnerable groups of the population.

There has been huge progress in these areas but there is room for improvement in order to entrench a sense of security and raise the image of police among the general public, he said.

As regards traffic issues, he said that the tenders process was underway for traffic cameras and expressed the hope that timelines would be implemented. On increased penalties for traffic offences he said that he has been urging MPs to approve a government proposal to this effect. And he said that he had asked the chief of police for “more police on the roads.”

Despite shortage of officers, efforts will be made to make this happen, he said.

By In Cyprus
Previous articleCyprus leaders set to attend a bi-communal education event on Monday
Next articleU.S. House panel approves charges, Trump at brink of impeachment