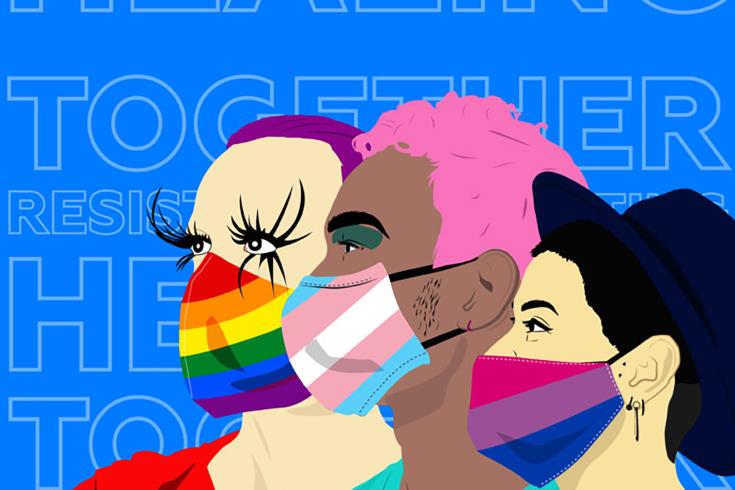 ustice Minister Emily Yiolitis has condemned discrimination, hate speech, violence against persons due to sexual orientation and gender identity on the occasion of today’s International Day Against Homophobia, Transphobia and Biphobia.

At the same time she assured that she will continue supporting every policy and action which aims to fight discrimination due to sexual orientation, gender identities and sex characteristics.

In a written statement, she said today we are reminded of the efforts made at international, European and national level to secure and promote the rights of LGBT people. “Today we are sending a message of condemnation of discrimination, hate speech, violence against persons on the grounds of sexual orientation and gender identity and we uphold the right of everyone to freedom of expression, security, self-determination and equal treatment”.

Respecting and promoting LGBT rights and eliminating every kind of discrimination against the LGBT community are a priority and fundamental element of our policies and actions at all levels, the Minister said.

Any discrimination or exclusion of any kind of discrimination against members of the LGBT community is an insult to human dignity, human rights and are directed against the rule of law and democratic culture, she added.

In Cyprus, at a legislative and institutional level, important steps have been taken to fight discrimination, lift injustices and discrimination against LGBT members, protecting and safeguarding the human rights of all citizens.

“I believe that diversity is not a threat but instead enriches our society”, Yiolitis said noting she supports policies and actions at the ministry, the Police, the Fire Brigade and Prisons which respect human value and dignity and fight against discrimination.

“I continue to support systematically every policy and action that aims to fight against discrimination due to sexual orientation, identity or sex characteristics, the minister concluded.

By gavriella
Previous articleDr. Karayiannis concerned about arrival of Indian strain of the virus
Next articleFour people arrested for murder of Bulgarian in Limassol