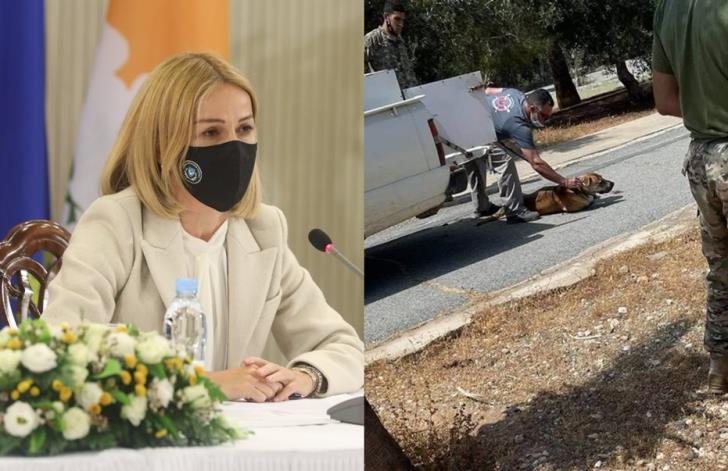 Justice Minister Emily Yiolitis has personally intervened into the ‘Bruno case’ where a stray old dog was abused by an Ayia Napa Municipality staff member earlier in the week.

A video posted on social media on Tuesday showed Bruno getting abused by the municipality employee who was trying to catch him and take the animal to the pound.

Yiolitis has called on police to carry out an immediate investigation into the case and sent the message that animal abuse will not be tolerated in Cyprus.

The Municipality said people who saw the dog wandering in the Cape Greco area had expressed concern it might be dangerous and that’s why they had to take him to the pound.

The Mayor visited the dog at the shelter and determined it had no injuries, while a vet has been called to examine the animal who used to “reside” nearby army barracks in the area.

By Annie Charalambous
Previous articleForty children, teenagers and even infants hospitalised with Covid in two months
Next articlePolice issue 170 fines in 24 hours for breach of Covid measures