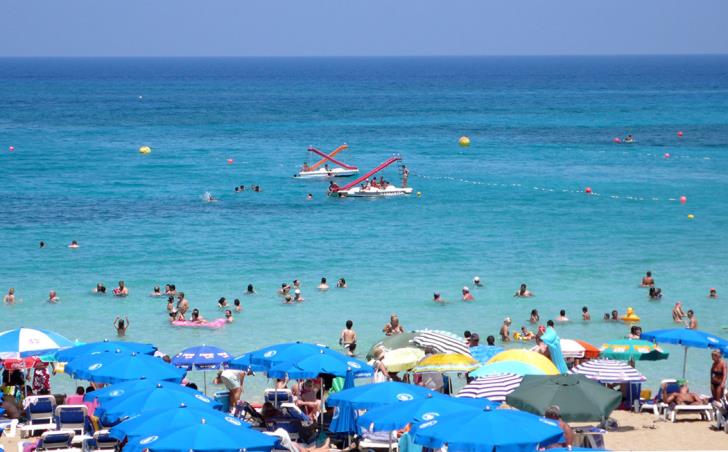 While in different times April marked the beginning of the summer season, this year it was pushed back by three months as the Coronavirus pandemic has destabilised the tourism sector in Cyprus as well as globally, Demetra Landou of Phileleftheros writes.

One after another, countries have been announcing the reopening of their borders whilst publishing their procedures for welcoming tourists. Cyprus opened its airports 10 days prior to Greece and is gearing up for the coming months.

July marks the start of tourism engines, while this year air carriers’ flight schedules are affected by countries’ epidemiological situation.

The shifting of countries between the three categories will have an impact on the tourist streams to Cyprus. The latest reevaluation yesterday of Group A and B countries by the Health Ministry’s Epidemiological Surveillance Unit bore no surprises while the UK, Sweden, Ukraine and Russia are absent from the two categories.

Japan was added to Group A and Serbia to Group B while Bulgaria was moved to Group B from A, as had been announced from last week.

Meanwhile, the Balearic Islands, Greece, Cyprus, Portugal and Croatia are at the focus of the first holidays being offered by TUI, the tourism giant said as it announced the kick-off of the summer season in more and more countries.

In an announcement, TUI gave a breakdown of its restart activities. These include flights from Switzerland to Larnaca beginning June 29, flights from Germany and the Netherlands in July and subject to demand flights to Cyprus from Denmark.

Moreover, Wizz Air is moments away from launching its Cyprus flights on July 1. In 2010 the airline transferred more than 2.5 million passengers to Larnaca while more than 1 million seats will be available for 2020. Its new flights starting on July 1 comprise three German destinations (Dortmund, Karlsruhe and Memmingen), two Greek (Athens and Thessaloniki), one Polish (Wroclaw), two Danish (Copenhagen and Billund), one Finnish (Turku), one Austrian (Salzburg) and one Romanian (Suceava).