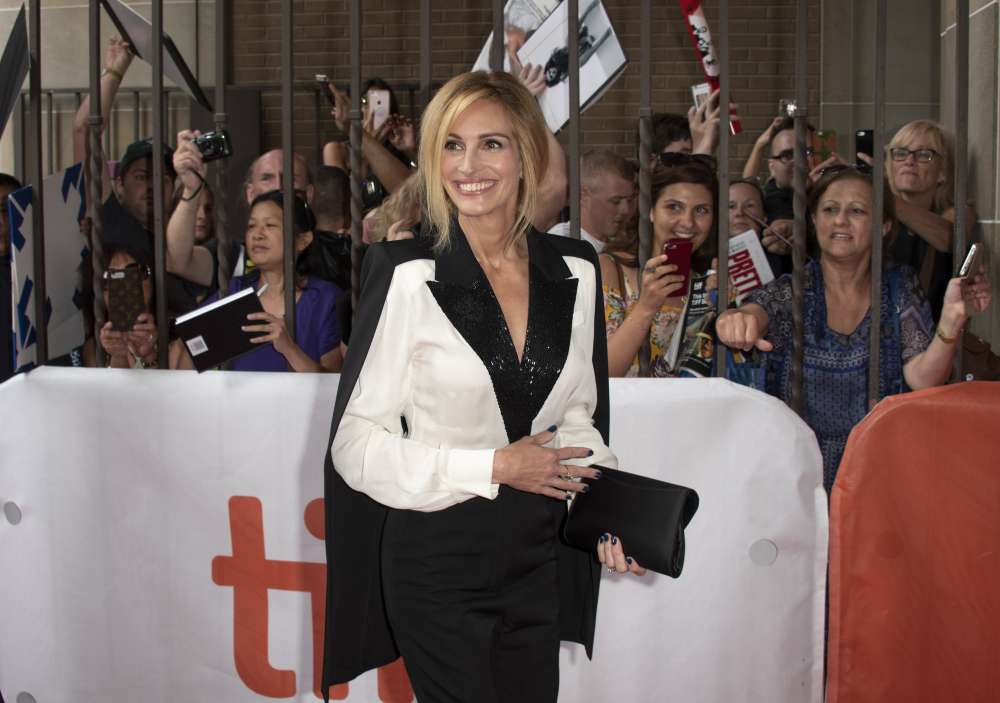 Roberts, 50, is the latest major Hollywood star to transition to television, joining the likes of Jane Fonda, Meryl Streep and John Travolta. Many like Roberts have signed on to shows by streaming services like Amazon and Netflix, which are drawing audiences away from traditional television.

Roberts shrugged off the attention her switch to the small screen has garnered.

“It’s all the same,” she told reporters on the Toronto red carpet. “It’s all heart, it’s all challenging and it’s all fulfilling.”

The psychological thriller, based on an eponymous podcast, stars Roberts as Heidi Bergman, a caseworker employed at a secret government facility in a program called Homecoming that is meant to help veterans returning from war transition into civilian life.

The narrative jumps between the character’s time at Homecoming and a future when Roberts plays a waitress at a diner, unable to recall much of her time at the program.

The first four episodes screened at the festival show sinister goings-on that hint at Homecoming not being the benevolent program it purports to be.

“It’s a mystery, it’s a thriller,” director Sam Esmail told the audience following the screening. “There are very big questions, and hopefully what we know by the end of the series will have answered all those questions.

The show will debut on Amazon on Nov. 2.