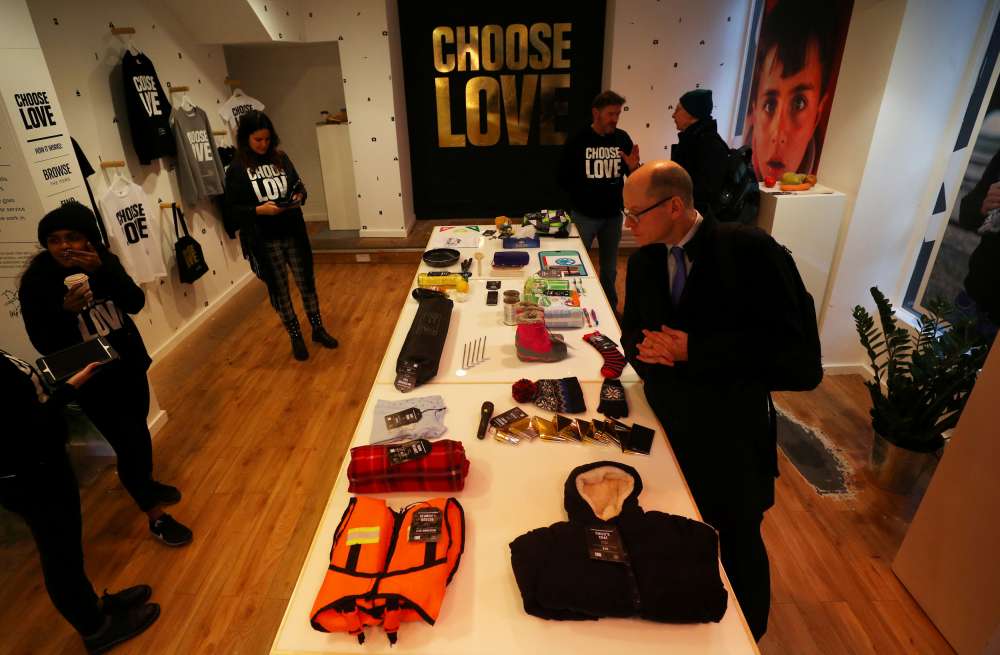 A pop-up charity shop backed by Julia Roberts has opened in London, letting shoppers buy food, clothing and even schooling for refugees around the world.

The ‘Choose Love’ store, run by the Help Refugees charity, opened just off the capital’s Carnaby Street – with a second one due to follow on West Broadway, New York on Tuesday.

“You come in and you buy the blanket or the life jacket and you leave with nothing, but just have a real feeling of warmth and love,” said Josie Naughton, the charity’s chief executive.

‘Help Refugees’ said all the money raised there would go to refugees – as the shop space was given free of charge and the staff were volunteers.

“Pretty Woman” star Roberts has helped by wearing a ‘Choose Love’ T-shirt at red carpet events and posting footage of her modelling it on social media.