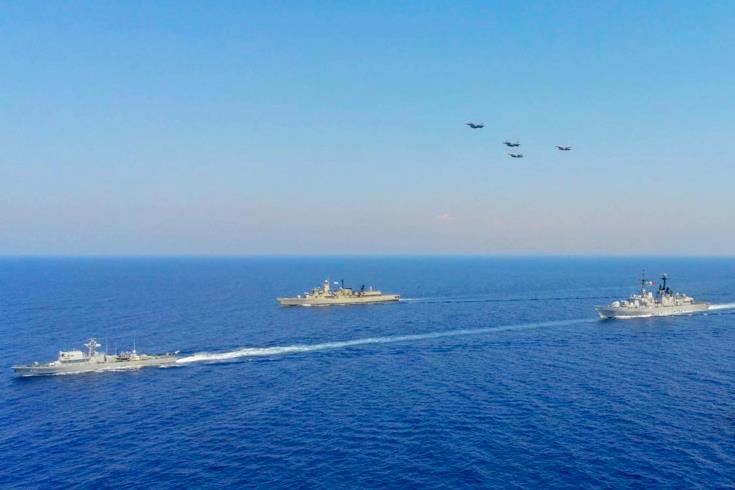 Joint military exercises of Cyprus, Greece, France and Italy at the maritime area south of the Mediterranean island are set to finish later on Friday.

Naval surface vessels, submarines and military aircraft are taking part in ‘Evnomia’ exercise which began on Wednesday and use the military base of  ‘Andreas Papandreou’ in Paphos.

The joint military exercises takes place amid a worsening dispute between Turkey, Greece and Cyprus over energy resources in the region,

“The eastern Mediterranean is turning into an area of tension. Respect for international law must be the rule and not the exception,” a French government spokesman had said.

This is a direct warning to Ankara which repeatedly violates exclusive economic zones of both Cyprus and Greece.