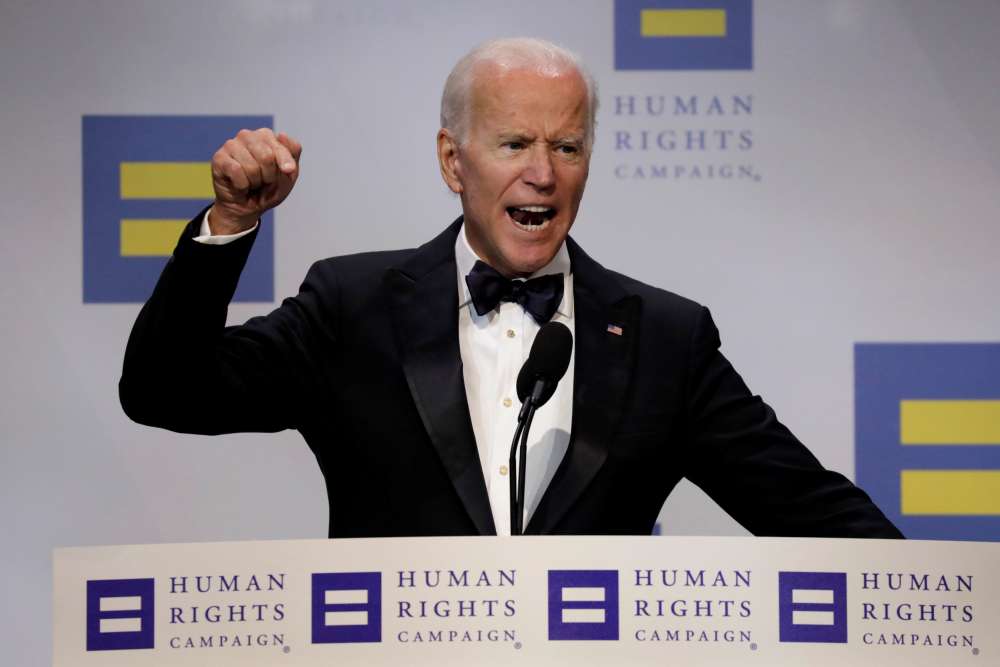 Biden received 29 percent of the support.

Senator Bernie Sanders, an independent who made an unsuccessful run for the Democratic nomination in 2016, finished second in the hypothetical field with 22 percent. The rest of the poll was tied between Senators Cory Booker of New Jersey, Elizabeth Warren of Massachusetts and Kamala Harris of California.

All of the Democrats fared well in a popular vote hypothetical matchup against Trump.

Before a single dollar has been spent on election ads or campaign rallies, the poll found Biden scored best in a hypothetical matchup, beating Trump 51 percent to 39 percent in the popular vote.

The poll found Sanders, Booker and Harris would also defeat Trump nationally if the election were held today.

Trump did the best against Booker, losing by only 4 percentage points in the hypothetical popular vote.

In 2016, Democrat Hillary Clinton won the popular vote by nearly 3 million ballots but lost the presidential election to Trump, who won the state-by-state Electoral College vote.

Opinion polls at this early a stage tend to be largely dominated by those with the most widespread name recognition.

Several polls after the 2014 congressional midterm elections found Jeb Bush, who ultimately lost his bid for the Republican nomination, to be the front-runner. Few polls even included Trump.

The poll was conducted online on Tuesday and based on responses from 38,196 people who voted in 37 states. The poll is ongoing and will be updated as the vote is tallied.