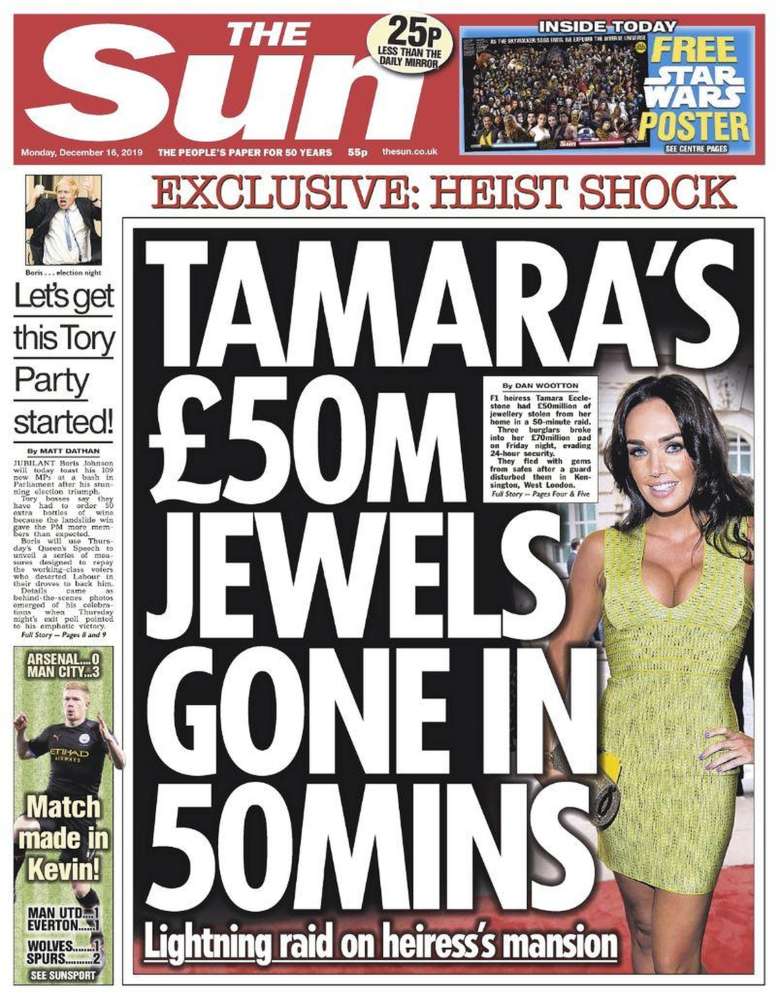 Tamara Ecclestone, the daughter of former Formula One boss Bernie Ecclestone, has had £50 million worth of jewellery stolen from her home in West London during a 50 minute raid, the Sun newspaper reported on Monday.

The tabloid said three burglars broke into the 35-year-old’s house near Hyde Park on Friday, evading the security guards to steal gems from safes in the bedroom.

Ecclestone, a model and celebrity in Britain, had just left the country for her Christmas holidays when the raid happened, the report said.

A spokeswoman for the Metropolitan police said they would not confirm any specific details but, when asked about the case, said police had been called to a residential property in west London just after 2300 on Friday night to reports of a burglary.

“Officers attended,” the spokeswoman said. “It was reported that an amount of high value jewellery had been stolen. There have been no arrests. Inquiries continue.”

No one was available to comment from the Ecclestone family.