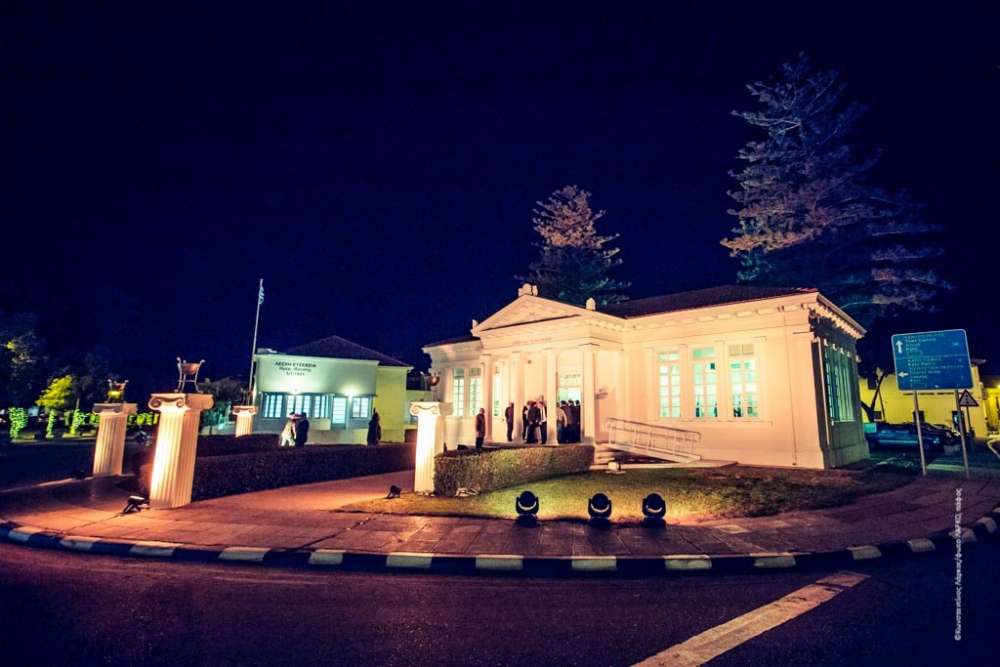 The completion of the restoration works at the Paphos Municipal Library “Christodoulos Galatopoulos” justified the long-standing expectations and long delay observed for the completion of the project. The Library is housed in one of the finest neoclassical buildings in Cyprus and the result is beautiful: The new face of the renovated Paphos Municipal Library is impressive, to say the least, especially with regards to the improvements made to the building as well as the prevailing white colour that further highlights the ancient Greek character of the building.
Positive impressions are also noted once one enters the library’s interior. The interventions made in the building pinpoint the difference between the pre-restoration era of the Municipal Library and today. The white, minimal style, the state-of-the-art functional and aesthetic forms, modern lighting and ventilation systems create a set which is light years away from the “old-fashioned” picture of the Library we once knew.

What somewhat spoils the whole atmosphere, however, is the functional aspect of the matter. Lately, it has been voiced that the upgrade to the building isn’t equivalent to an upgrade in the functionality of the space.

Chrysanthos Savvides stated that these intentions are now depending on the full exploitation of the new premises, which is, unfortunately, not the case. “Even though the Paphos Municipal Library is located within a central area of the city which makes its access easy to the public, it lacks an atmosphere that could transform it into the spiritual centre of Paphos,” he said. And he added: “Once the upgrade of the building and equipment in complete, an operational upgrade is required. The next step is to enrich the Library with its content. This enrichment and reinforcement can be extended to academic fields in order to serve the needs of students and researchers. At the same time, it can become an attraction to every citizen interested in enriching his/her knowledge, in any field. Another suggestion is to organise a variety of events, at regular intervals, in order to motivate citizens to visit and explore the space. Such events could be lectures by speakers of various backgrounds on various general or more specialised topics, presentations as well as poetry and book readings.”
Chrysanthos Savvidis also pointed out that the Paphos Municipality should proceed to recruit a Librarian and extend the opening hours of the library.
Similar concerns, and warnings, with regards to the use of the renovated “Christodoulos Galatopoulos” Library, which is not satisfactory, were expressed by municipal councillors of the Municipality of Paphos.

After a recent visit to the area, where municipal councillors were informed about the problems and shortcomings the Library is facing, EDEK party municipal councillors of the Paphos Municipality, Vasos Demetriou, Panayiotis Vorkas and Philippos Philippou, in a joint announcement, stressed that the Paphos Municipal Library presents a poor and dissuasive image to its visitors as there are interior problems in the masonry works and increased humidity, as well as great gaps in literary material and books.
EDEK’s position is that the problems in the building should be corrected immediately and that the image of the Paphos Municipal Library should be upgraded to the maximum.