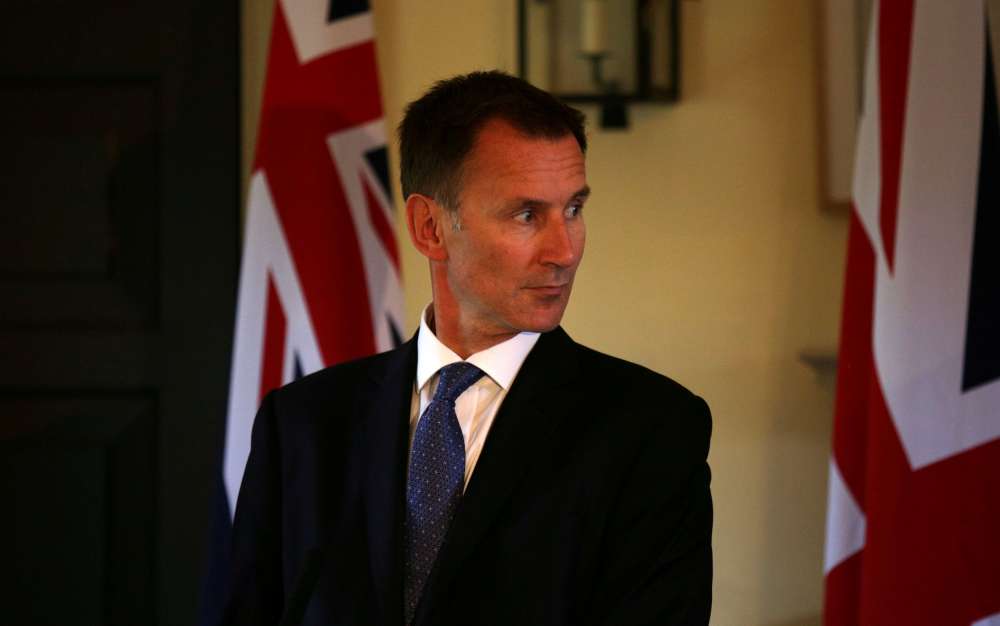 The UK Foreign Secretary Jeremy Hunt has said that the Cyprus issue is “not insoluble” and that a federal solution would be better for all Cypriots than the “unacceptable” status quo.

Addressing a ‘Conservative Friends of Cyprus’ fringe event at the Conservative Party conference in Birmingham , Hunt said that the UK has “a very big responsibility as a country with amazing historic links with Cyprus to do everything we can to facilitate a solution to this long-standing issue, which ultimately is not insoluble.”

He added that “we have to go with optimism and determination and say that the status quo is not acceptable” and that there is a political solution. “There is a federal structure that will be a better solution for all people living in Cyprus,” added the Foreign Secretary.

He referred to a “very good meeting” with his Cypriot counterpart in Vienna in August and to meetings with the Greek and Turkish Foreign Ministers at the UN General Assembly. He commented that “there is a lot of common ground to go forward.”

He did add however that there is always the difficult challenge to navigate between the interests of Cyprus and the national interests of some countries involved. “We need to find ground to navigate through, and we can find it,” he noted.

“Let’s hope we will have these receptions in the future with something to celebrate. We very nearly got there with Crans- Montana, but we were not far off. There is still more work to do and we are absolutely determined to do it,” added Hunt.

Referring to Brexit, the Foreign Secretary underlined that specific discussions are underway with Cyprus in order to have the status quo surrounding the SBAs continued, so that the everyday life of people crossing daily between the bases areas and the Republic of Cyprus is not affected.

He recognised that Brexit causes concern to those with family links to continental Europe, like the UK Cypriots, but stressed that the UK Government has made “absolutely clear” that the EU citizens’ rights will be guaranteed in an “unconditional offer” to the EU.

Theresa Villiers MP, President of the Conservative Friends of Cyprus, expressed the hope that settlement talks can be resumed. She noted that Cyprua President Nicos Anastasiades has spoken publicly about it and added that “it’s high time time the Turkish side reciprocates.”

She then referred to her long campaign for Cyprus, mentioning in particular her more recent intervention in the House of Commons about how “inappropriate” it is to have third country guarantees. “They belong to the colonial past, not to a modern democracy under rule of law,” she said.

The event was also addressed by the Conservative Party Vice-Chair for Communities, Helen Grant MP, who thanked the Conservative Friends of Cyprus for the support to the party and the Cypriot community for their contribution to the UK public life.

Cyprus’s High Commissioner to the UK Euripides Evriviades thanked the Conservative MPs for their “all-weather” support. He then said that the Cyprus question is an existential issue for Cypriots. “We have to get it right based on democracy and the rule of law. We ask for nothing more or less than what is given to other law abiding people, and all other countries in the EU. Cyprus must not continue to be an anomaly,” said the High Commissioner, also noting the UK’s special responsibility towards Cyprus.

He went on to stress the “umbilical” relationship between the two countries, the importance of the “often underestimated” Commonwealth and his confidence that “Brexit or no Brexit” this relationship will continue, with Cyprus “a predictable security producer, partner and enabler.”

The Chairman of the Conservative Friends of Cyprus Jason Charalambous also spoke of the 2,000-year long relations between Cyprus and the UK, stressing that “many Cypriots play active roles in public life in the UK.”

Charalambous said that for global Britain after Brexit it will be important “to think first of countries with which it has historic ties and historic obligations.” He added that “there is clear desire for even closer relationship after Brexit.”

Also present were other Conservative MPs, such as Martin Vickers, Sheryll Murray, Mike Freer, Caroline Nokes, Crispin Blunt, Harrier Baldwin, Stephen Hammond, the MEP Dr Charles Tannock, as well as the Canadian High Commissioner, the Deputy Ambassador of Israel, the President of POMAK Andreas Papaevripides, many members of the Conservative Friends of Cyprus and others.