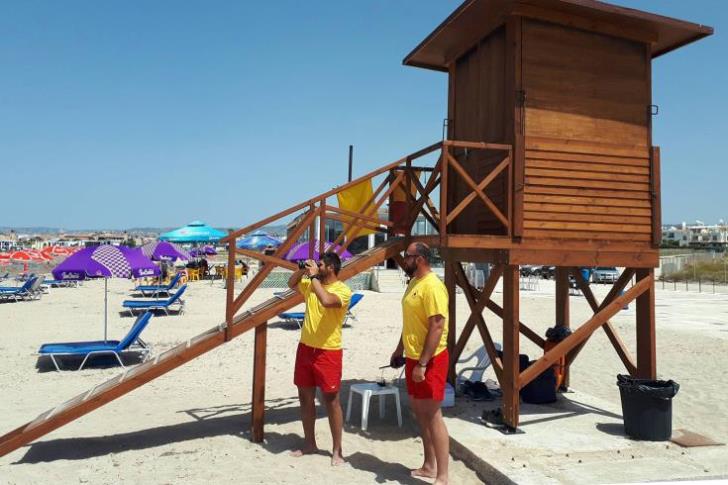 The Limassol Lifeguards Association said that dozens of swimmers had been stung by jellyfish at Lady’s Mile near Limassol yesterday.

In a post on Facebook, the association said that its members had responded to dozens of cases of jellyfish and weeverfish stings, administering first aid treatment on the spot. None of the swimmers needed to go to hospital.

Swarms of jellyfish were reported in Protaras over the weekend, prompting Paralimni Municipality to send out crews to clean up the beaches.

According to the association’s Facebook post, an eight year old boy suffered a dislocated shoulder after falling into shallow waters. Life guards administered first aid and the child was then taken to hospital by its parents for tests.

And an 18 year old woman suffered a sunstroke and fainted. She was given oxygen, regained consciousness and was taken by her family to hospital.

By In Cyprus
Previous articleRoads claim 18 lives since beginning of 2019
Next articleEnvironment is relevant to UNFICYP’s peace efforts in Cyprus, says Spehar