Jazz tribute to Judy Garland to be held in Paphos 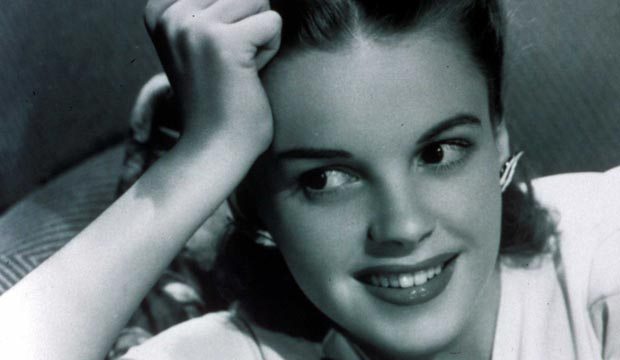 Iconic singer and actress Judy Garland had a varied career that began in vaudeville and extended into movies, records, radio, television, and personal appearances. She is best remembered as the big-voiced star of a series of movie musicals, particularly The Wizard of Oz, in which she sang her signature song, “Over the Rainbow.” But unlike most other film stars of her era, she also maintained a career as a recording artist, and after her movie-making days were largely over, she was able to transfer her stardom to performing and recording. The core of her significance as an artist remains her amazing voice and emotional commitment to her songs.

Alice Ayvazian received her Bachelor’s Degree in Vocal Performance from Berklee College of Music, Boston, Massachusetts, a Master’s in Educational Leadership from Saint Mary’s University, San Antonio, Texas and a second Master’s in Classical Performance and Pedagogy from the University of Nicosia, Cyprus. In the United States, she participated as lead and backing vocalist in numerous studio recording projects as well as various performances and concerts. Since returning to Cyprus, she has established her reputation as an active figure in the local jazz scene performing alongside with some of the best musicians in Cyprus. She is the lead vocalist of the Steppin’ Out Jazz Band with Konstantinos Efraimidis (clarinet/saxophone) and Dimitris Miaris (piano). A member of the Cyprus Voice Centre, Alice is also a sought-after clinician and vocal coach. She has presented various vocal workshops & seminars for choirs, educational institutions and music conservatories. In addition to her singing activities, Alice has conducted research on the early-twentieth-century Armenian composer Komitas Vardapet, which she has presented at the Komitas and Medieval Music Culture International Conference in Yerevan, Armenia (2016). She is currently instructor of Jazz Voice at the Department of Music and Dance at the University of Nicosia (since 2009) and the Director of the University’s Jazz Choir (since 2011). She is also a voice instructor at the Musicopolis music school.

Dimitris Miaris was born in Nicosia in 1991. He started playing classical piano from 6 years old. At the age of 16 Dimitris had his first connection with Jazz through the “Jazz Futures” workshops that took place in Nicosia with great musicians such as Sacha Perry, Vahagn Hayrapetyan, Ari Roland and Chris Byars. Since then he took part in almost all the “Jazz Futures” workshops and had various live performances in Cyprus and Greece. He also attended the monthly Bicommunal Workshops with Charis Ioannou. The last two years he participated in Dr. Barry Harris’ workshops in Rome. He is also a member of ‘Neorebetes’, a Greek traditional band, where he plays the accordion. The band has performed in Cyprus, Greece, Kazan (Russian), Sydney and Melbourne (Australia). He received his Bachelor Degree for Jazz Piano at the Ionian University’s Jazz Department in 2009 under the instruction of George Kontrafouris.

By In Cyprus
Previous articleSpehar to hold separate meetings with Cyprus leaders on Thursday
Next articlePolemidia dam becomes 12th dam to overflow; six to go