Japan quarantines cruise ship to test 3,700 on board after Hong Kong coronavirus case 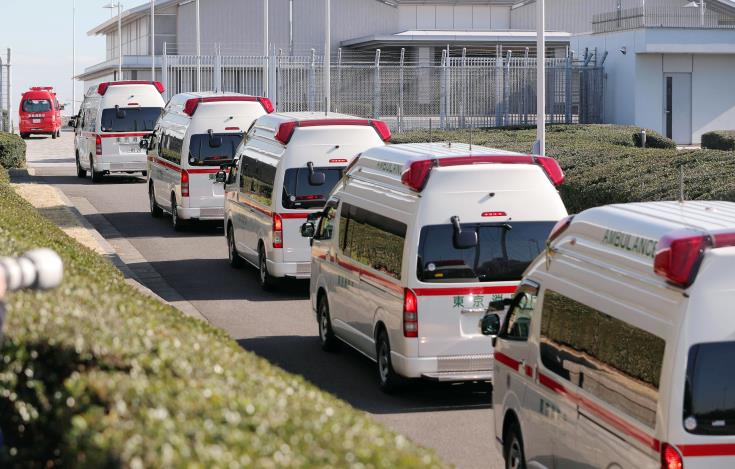 Japanese officials began screening more than 3,700 passengers and crew on a cruise ship quarantined off the port of Yokohama near Tokyo on Tuesday after a Hong Kong man who sailed on the vessel last month tested positive for coronavirus.

The 80-year-old man flew to Japan and boarded the ship, the Diamond Princess, run by Carnival Japan Inc, in Yokohama on Jan. 20 and disembarked in Hong Kong on Jan. 25, the company said.

Photographs and video posted on Twitter by a passenger with the handle @daxa_tw showed health workers in full-length plastic gowns with white caps and face masks walking down a deserted corridor as well as views of empty lounges and a deserted deck.

Guests were asked to stay in their rooms to await screening. “This could take some time, but it is necessary so we ask for your understanding and cooperation,” an announcement said.

Japan was also preparing to expand the scope of its screening for the virus, and test criteria after initial tests failed to detect the virus in some people who were later found to be infected, Health Minister Katsunobu Kato told reporters.

Opposition parties and some experts have criticised the government for responding too slowly to the risks posed by the virus spreading in China and elsewhere.

Chinese make up 30% of all tourists travelling to Japan and nearly 40% of the total amount foreign visitors spent last year, according to an industry survey.

Japan has 20 confirmed coronavirus cases, of these 17 people have been in Wuhan, the central Chinese city where the epidemic began.

Japan on Saturday began refusing entry to foreigners who have been in Hubei province, where Wuhan is located, in the past 14 days as well as people with passports issued in Hubei province. Suga said that as of Feb. 3, eight foreigners had been barred from entering Japan.

Hiroshi Nishiura, a professor at Japan’s Hokkaido University specializing in computer modelling of infectious diseases, said it would be hard to control the virus’s spread just by isolating cases because of the high rate of asymptomatic transmission.

“The ongoing policy of the Japanese government is to expect containment. Of course, screening or prohibiting entry of people from Wuhan has very limited effectiveness, considering that the epidemic is growing in other cities,” he told a news conference.

Some countries including the United States and Australia have denied entry to all foreign nationals travelling from China.

Carnival Japan, a unit of British-American cruise operator Carnival Corp, confirmed that the turnaround of the ship had been delayed by about 24 hours for authorities to review the health of all 2,666 guests and 1,045 crew on board.

Once everyone’s health was checked, those with fevers or who felt unwell would be tested, after which authorities would decide whether to let people leave the ship, Suga said.

Asked if the epidemic would affect a visit by Chinese leader Xi Jinping expected to take place in April, Suga said preparations for the visit were proceeding as planned.

By In Cyprus
Previous articleSome light showers today, more rain and colder weather on the way
Next articleCivil weddings on the holiday island on the rise