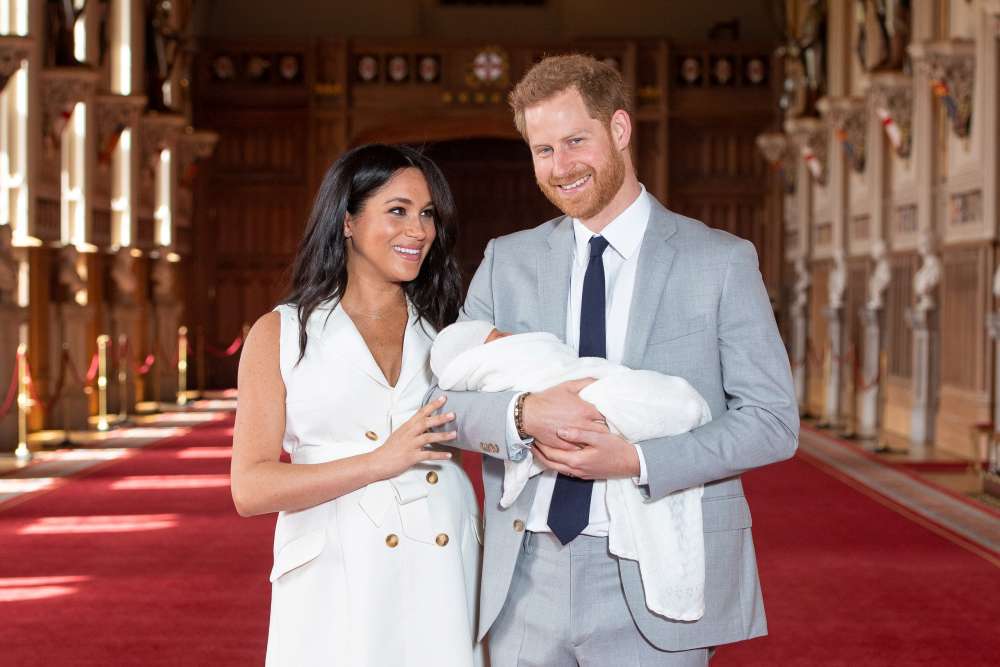 Britain’s Prince Harry and his wife Meghan showed off their newborn son to the world on Wednesday, describing having a baby as “magic”.

Cradling his son, wrapped in a white blanket and wearing a hat, Harry and Meghan appeared before a small group of media at St George’s Hall in Windsor castle where they held their wedding reception just under a year ago.

“It’s magic – it’s pretty amazing and I have the two best guys in the world so I am really happy,” said a beaming Meghan, wearing a white sleeveless coat dress, when asked how she was finding being a new mother.

She said the boy, the seventh-in-line to the British throne who has not yet been publicly named, was calm, had the sweetest temperament and was sleeping well.

“He’s just been the dream so it’s been a special couple of days,” she said.

The baby was born in the early hours of Monday morning, weighing 7 lb 3oz (3.26 kg), but few other details have been given about the birth.

“It’s great, parenting is amazing,” Harry said. “It’s only been two-and-a-half days, three days, but we’re just so thrilled to have our own little bundle of joy, to be able to spend some precious time with him as he slowly starts to grow up.”

The couple said they were about to visit 93-year-old Elizabeth, the world’s longest-reigning monarch, at the castle to allow her to meet her eighth great-grandchild.

Meghan’s mother Doria Ragland is staying with the couple at their home Frogmore Cottage, on the castle’s estate.

“It will a nice moment to introduce the baby to more family and my mum’s with us as well,” Meghan said.

Britain’s royals attract huge fascination and there is particular interest in Harry and former U.S. actress Meghan, who are officially known as the Duke and Duchess of Sussex.

Given their worldwide popularity, the birth of their first child has attracted particular attention, especially as the new child is first mixed race child to be born into a senior position in British royalty in recent history.

He is also entitled to hold U.S. citizenship while also automatically being a British national.

However, the baby will not automatically be a prince or a princess, or be known as “His Royal Highness”, unless the queen issues a specific decree.

“Thank you all so much, and thank you everybody for all the well-wishes and the kindness, it just means so much,” Meghan said.

Harry, whose playful antics on royal engagements have made him popular with the public and media, could not resist cracking a joke as he pulled back the blanket to allow cameras to get a better look at his son.

“He’s already got a little bit of facial as well – wonderful,” joked the bearded prince.