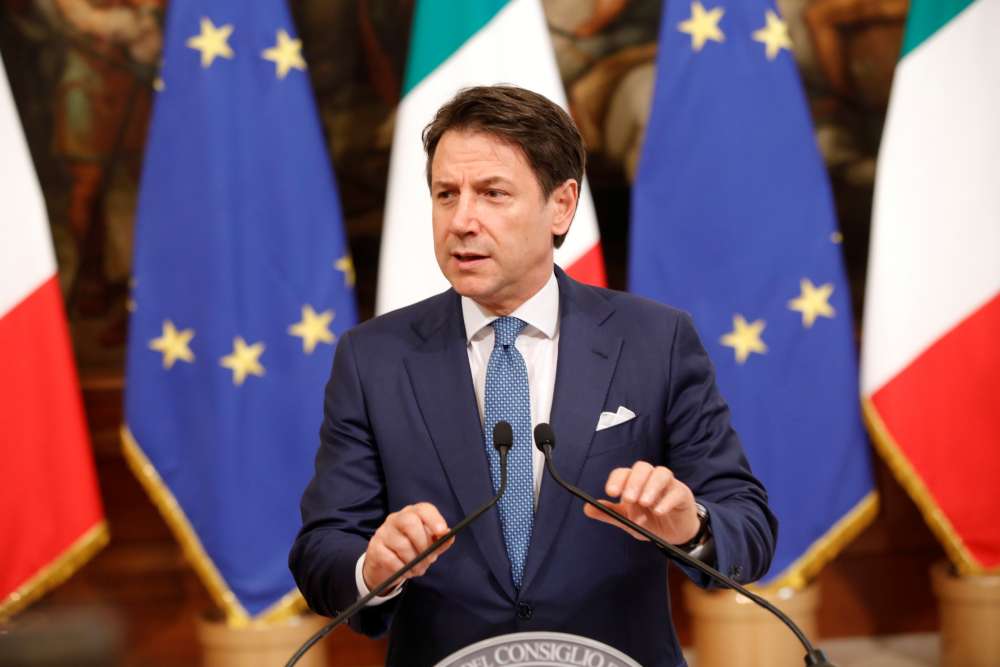 The coalition of the anti-establishment 5-Star Movement and the right-wing League has seen infighting for months over a range of policy issues. Those tensions came to a head on Wednesday when they voted against each other in parliament over the future of a contested train link with France.

Conte made no mention of resigning at the meeting with Mattarella, a government source said, prompting a partial market recovery. Conte himself declined to comment on the talks.

At a rally late on Wednesday in Sabaudia, south of Rome, League Leader Matteo Salvini peppered his speech with hints that he might bring down the government, without giving a clear idea of what conditions he demanded to carry on.

The spread between Italian benchmark bonds and safer German Bunds widened early on Thursday by 12 basis points, with traders citing reports that Salvini wanted to sack Economy Minister Giovanni Tria, who is well-regarded by investors.

Conte cancelled a scheduled news conference, and a League source told Reuters that Salvini would make his position clearer by Monday.

5-Star has more parliamentary seats than the League, but Salvini’s party now has twice as much support, according to opinion polls, and it often issues thinly veiled threats to sink the government and try to trigger fresh elections.

However, a government crisis in August, with Italians on holiday and parliament closed for the summer recess, would be unusual.

Mattarella, who is the only person with the power to dissolve parliament, may also be unwilling to do so ahead of the preparatory work in September on the 2020 budget, which must then be presented to parliament the following month. Italy has not held an election in the autumn in all the post-war period.

5-Star would probably have most to lose from new elections.

Its leader Luigi Di Maio cancelled all his previously scheduled engagements on Thursday and accused Salvini of playing “political games” by seeking to obtain more cabinet ministers even though Salvini denies that is his goal.

The League reiterated that it did not want a cabinet reshuffle and listed a raft of areas in which it had a “different vision” from 5-Star, including infrastructure, taxes, justice, regional autonomy and relations with the EU.

“Every day that passes is a day wasted,” it said in a statement, citing the constant bickering between the two parties. “For us the only alternative to this government is to give the choice back to the Italians with new elections.”

Wolfango Piccoli of political risk consultancy Teneo said the League’s declarations should not be taken at face value.

“Salvini’s well-orchestrated ‘summer crisis’ is unlikely to lead to snap polls before year-end,” he said, attaching a 30% chance to this possibility.

“The most likely outcome is a cabinet reshuffle that will sanction the replacement of some M5S ministers with figures either from the Lega (League) or trusted by the party leadership,” Piccoli said.