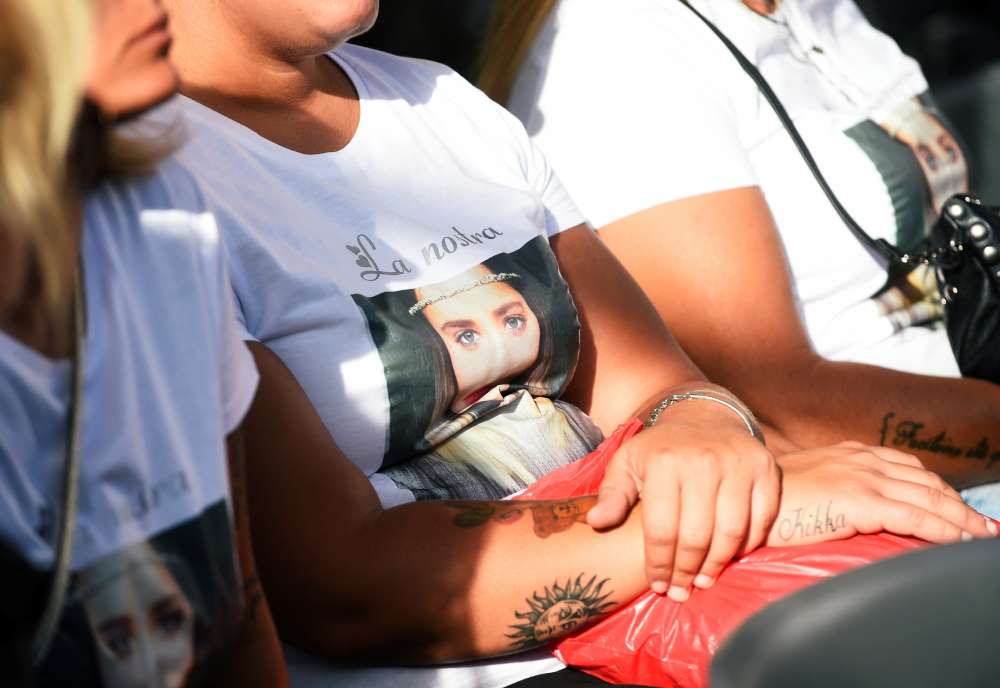 Top executives of Italy’s biggest motorway operator made an early exit from a ceremony held on Wednesday to remember victims of a deadly bridge collapse in the port city of Genoa, after some grieving relatives asked for them to leave.

The chief executive and chairman of infrastructure group Atlantia, which operated the bridge that collapsed on Aug. 14 last year, and other company officials left moments before the ceremony, said a source briefed on the event.

The ruling 5-Star Movement has blamed Atlantia for the disaster, which killed 43 people. It has accused the group of neglecting maintenance on the ageing viaduct and called for its national toll-road concession to be revoked.

Atlantia, controlled by the Benetton family famous for its retail clothing chain, denies the accusations. It says regular, state-supervised inspections had indicated the viaduct was safe, but the company has struggled to repair its reputation.

On Wednesday morning, as the head of state, prime minister and other political leaders took their front-row seats for the ceremony, held inside a damaged warehouse at the disaster site, some relatives told Prime Minister Giuseppe Conte they would leave if the Atlantia officials were to stay, the source said.

Approached by Conte’s officials, Chief Executive Giovanni Castellucci and Chairman Fabio Cerchiai quietly left the ceremony, the source added. The pair are among dozens of company officials under investigation for suspected manslaughter over the collapse. They deny any wrongdoing.

Moments later, as the ceremony began, the names of the 43 victims were read aloud, moving some relatives to tears as Prime Minister Conte and populist Interior Minister Matteo Salvini stood among sombre-faced dignitaries.

“This is a day of grief but also of pride for this city,” regional governor Giovanni Toti told reporters as he arrived for the ceremony.

“Grief because we are remembering 43 victims, for whom we hope justice will soon be done… but also pride because a year on, the city has managed to rise up and is back on its feet.”

Italy’s warring political leaders suspended their hostilities for the anniversary commemoration. Despite a political crisis in Rome, they and head of state Sergio Mattarella came together to honour the victims.

A large section of the 1.2 km-long (1,100-yard) motorway viaduct, built in the 1960s with reinforced concrete, collapsed a year ago, sending cars and trucks plummeting about 50 metres to the ground.

The disaster has also indirectly fed the political infighting that is tearing the governing coalition apart.

The 5-Star party has accused its partner, Salvini’s right-wing League party, of trying to protect the Benetton family and of resisting 5-Star attempts to revoke Atlantia’s concession.

The coalition has split after months of bickering, potentially dragging Italy to snap elections in October.

By In Cyprus
Previous articleGDP rises by 0.2% in both the euro area and in the EU28 and by 0.7% in Cyprus during Q2 2019
Next articleProlonged inactivity in Cyprus talks could lead to permanent division, Famagusta municipality warns