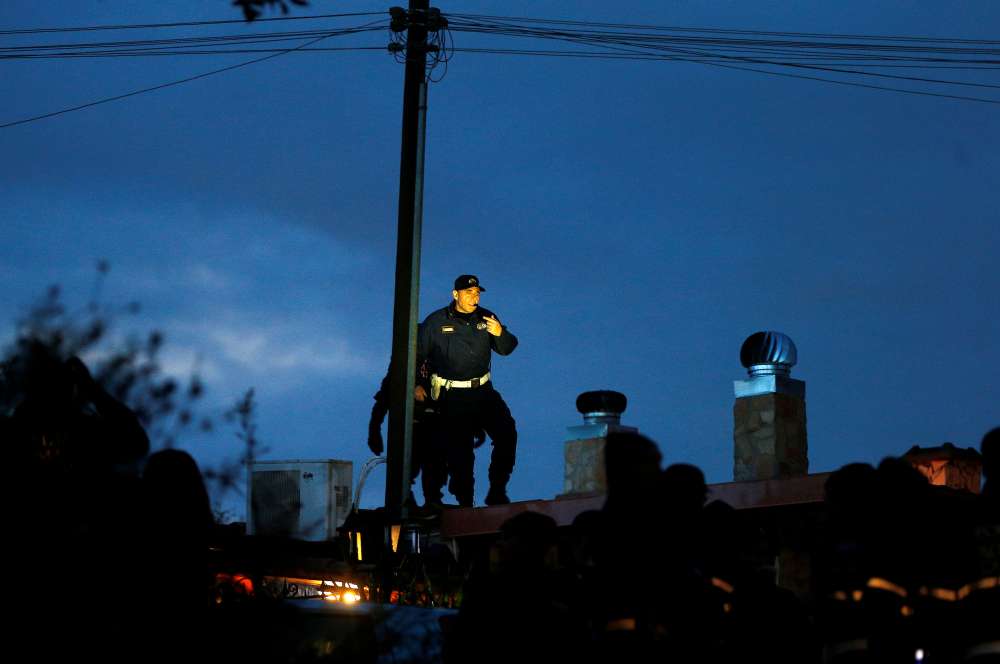 Italian police on Tuesday confiscated eight luxury villas illegally built in Rome by its most infamous and entrenched Mafia clan in dawn raids involving some 600 police.

City mayor Virginia Raggi, who watched the operation carried out against the Casamonica mobsters, said the properties would be demolished by the end of the year.

“Today is an historic day for the city of Rome and for Romans,” said Raggi, a member of the anti-establishment 5-Star Movement who has been criticised for not doing more to clean up the Italian capital.

“We are putting an end to years of illegality and are sending a strong statement to the Casamonica clan,” he said.

After years of operating in the shadows, the family leapt to public attention with a lavish funeral for one of its godfathers in 2015. A helicopter dropped rose petals on mourners while posters were strung on the railings of a city basilica which read: “You have conquered Rome, now conquer paradise.”

The Casamonica family has been associated with crime in the south-eastern quarters of Rome for several decades, but the high profile funeral sparked a fierce backlash with politicians demanding a comprehensive legal assault on the clan.

In July, 33 members of the group were arrested in raids on gaudy properties which were filled with gilded mirrors, marbled sculptures of animals and extravagant, regal furniture.

Raggi said some of the villas confiscated on Tuesday had been built in areas of archaeological interest. “Some houses had even incorporated whole features of the historic Felice Aqueduct,” she said, referring to a 16th century city waterway.

Deputy Prime Minister Matteo Salvini, who heads the far-right League party, has promised to join in when the bulldozers set to work on the villas. “The party is over,” he said on Monday as he visited the police operations room.