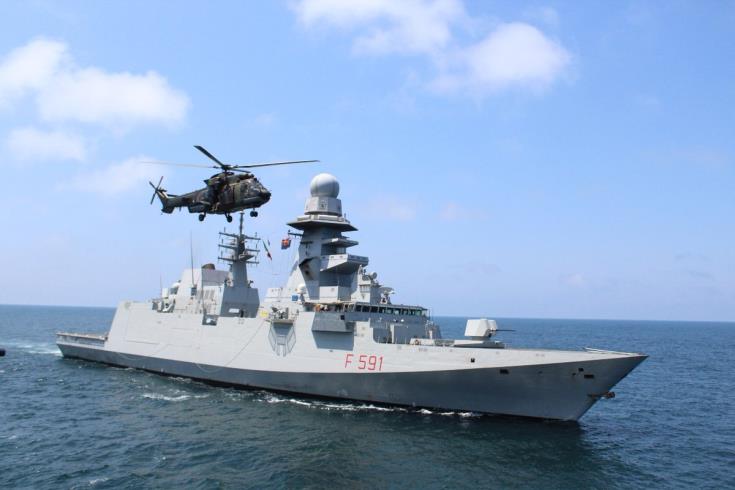 Frigate Virginio Fasan of the Italian Navy, which docked at Larnaca Port from February 8-10, also carried out a joint military exercise with the Cypriot navy.

According to a press release issued by the Italian embassy in Nicosia the frigate is conducting patrolling operations in the Eastern Mediterranean, for presence and surveillance activities, in compliance with international law and to safeguard national interests.

“The presence of the Fasan in Cyprus is part of the ‘naval diplomacy’` activities carried out by the Italian Navy in the context of international cooperation and dialogue with the countries of the area, with which Italy has important political, diplomatic, economic and cultural relations. The Fasan is the latest Italian ship to visit the island, after a series of calls by Italian ships to Cyprus ports in the last few months,” the press release added.

According to the press release, the frigate Virginio Fasan, commanded by Comm. Daniele Vailati, is the second of the FREMM class units, and the first in ASW (Anti-Submarine Warfare) configuration. It was consigned to the Italian Navy in 2013 and is currently serving with the First Marine Division Command, based in La Spezia.

By In Cyprus
Previous articleCoronavirus emergency “holds a very grave threat” for world – WHO
Next articlePaphos: Driver jailed for three months for driving under influence of drugs