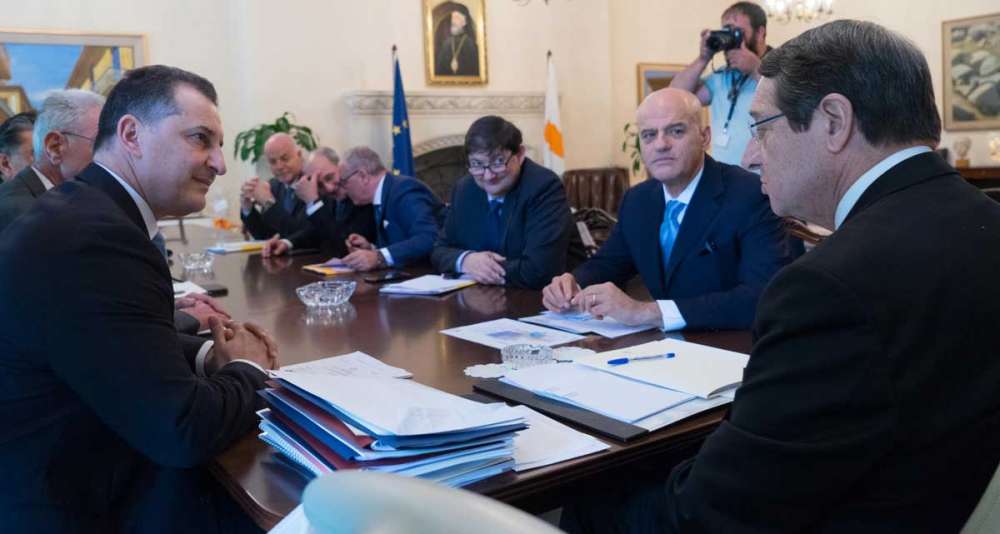 Eni will proceed with more exploratory drilling south of Cyprus over the next 20 months, affirming a “strong engagement and commitment” in a hydrocarbons search off the east Mediterranean island nation, the Italian company’s chief executive said Wednesday. Claudio Descalzi said that Eni has already invested around 700 million euros ($855 million) in that search off Cyprus and will carry on exploration until more gas deposits are discovered.
“Clearly in 2018 and 2019 we are going to drill wells and make studies,” Descalzi said after talks with the Cypriot president. “There is a good cooperation and there is a good alliance…with the government and we share the same objectives.”
Eni has already discovered a gas deposit southwest of Cyprus. Descalzi said an appraisal well will need to be drilled to determine the deposit’s size.
He said Eni won’t stop its search for gas in the areas where it has received a license to drill, despite Turkey’s opposition to it.
Eni has received drilling licenses in six areas, or blocks, south of Cyprus. In three of those blocks, it has joined with South Korean company Kogas and in two it has partnered up with France’s Total.
In February, Turkish warships blocked a drillship from reaching a target southeast of Cyprus where Eni was scheduled to drill.
Turkey strongly opposes the gas search because it sees it as a “unilateral” action by the ethnically split island’s Greek Cypriots that ignores the rights of breakaway Turkish Cypriots to the island’s mineral wealth.
Cyprus was divided in 1974 when Turkey invaded after a coup by supporters of union with Greece.
The Cypriot government says the gas search is its sovereign right and that Turkish Cypriots will get their fair share of any potential proceeds after reunification.
Cyprus Energy Minister Yiorgos Lakkotrypis said ExxonMobil and partners Qatar Petroleum are due to carry out exploratory drilling in the second half of this year.
A deposit discovered by Texas-based Noble Energy in 2011 is estimated to contain more than 4 trillion cubic feet of gas.